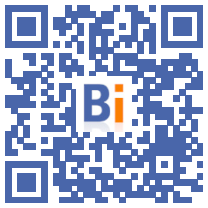 The real estate group Altarea announced on Thursday the launch of a capital increase of 350 million euros in particular to finance the acquisition of Primonial, a group specializing in real estate savings and management of real estate assets, with a view to creating " a European leader ".

The acquisition of Primonial for 1,9 billion euros of enterprise value was formalized in July.

Altarea confirmed in a press release on Thursday its intention to buy the group in two stages: "acquisition of a 60% control block in Q1 2022 and acquisition of the remaining 40% by the end of Q1 2024 at the latest."

The capital increase, with preferential rights maintained, will be at a price of 143,75 euros per new share, ie a discount of 19,8% compared to the closing price of the share on Tuesday.

The operation is due to start on Friday and will close on September 30, the group said, adding that the subscription commitments received already covered 83,6%, or around 292,6 million euros.

"My family group is committed to participate to the tune of around 169 million euros", or about 48% of the offer, said Alain Taravella, founding president of Altarea, quoted in the press release.

The acquisition of Primonial "will create an independent leader in real estate investment and development in Europe," he added.

A diversified group present in both retail, office and housing, Altarea has seen its place grow in the last few years in the French real estate landscape, where it is now neck and neck with its competitor Nexity.

"The growth of our group will be supported both by the dynamics of the urban transformation market, where Altarea already occupies a leading position, and by that of the real estate savings market, of which Primonial is one of the most important. and one of the most successful players in Europe, "said Mr. Taravella.

The group also announced Thursday its intention to propose to its general meeting the payment of a dividend of 9,75 euros per share (against 9,50 euros in 2020) which will apply to the new shares issued.