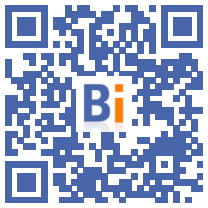 The mayor of Paris will be able to regulate the transformation of commercial premises into furnished tourist accommodation, after the publication on Monday of a decree, which gives the possibility of subjecting them to authorization, with the aim of slowing down the development of rentals on Airbnb-type platforms. .

This decree implementing an amendment to the law of December 27, 2019 relating to involvement in local life and proximity to public action, specifies the application of article 55, which authorizes "certain municipalities to submit for authorization the rental of furnished tourist commercial premises ". The objective is to "protect the urban environment and preserve the balance between employment, housing, shops and services".

With the entry into force of the decree on July 1, "we will finally be able to limit the transformation of commercial premises into tourist premises", rejoiced to AFP Ian Brossat, PCF deputy mayor for housing.

"We still have to define the rules, namely what are the conditions to obtain an authorization", declared the elected Communist, who gives himself until the end of the year 2021 to finalize and pass a regulation , operational in early 2022.

Contacted by AFP, Airbnb said it wanted to study the decree before commenting on it.

If an owner of Parisian accommodation wishes to rent more than 120 days a year on a platform such as Airbnb, Abritel or HomeAway, he must request a change of use of it, which is very restrictive. It must also compensate for the loss of housing by transforming an equivalent surface area - or even double in certain areas - into housing, which is not yet the case for commercial premises.

Until now, the owners of the latter were only subject to a declaration, according to Mr. Brossat.

"We were helpless in the face of this phenomenon," which "is changing the landscape of the street," said Mr. Brossat. "We prefer local shops to airbnbs which abound," added the deputy.

In February, the City of Paris won an important legal victory against rental platforms, the Court of Cassation having ruled that its regulations comply with European law, "proportionate" and justified in order to combat the shortage of rental accommodation.