Air pollution is decreasing in Ile-de-France, but not enough, says Airparif 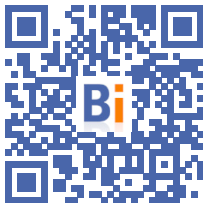 Air quality improved in Ile-de-France in 2021, but its 12 million inhabitants remain subject to pollution levels above WHO recommendations, with thousands of premature deaths, indicates Tuesday Air parif.

Air pollution is the cause of "serious chronic pathologies, in particular cardiovascular and respiratory pathologies and cancers", recalls Airparif in its 2021 report.

If air quality improved in Ile-de-France last year, "in continuation of the trends observed in recent years", "60.000 Ile-de-France residents are still exposed to concentrations exceeding the French regulatory limit value and European Union for nitrogen dioxide (NO2), along major traffic routes" such as the ring road and the A1 motorway, according to a press release.

"For PM10 particles, an overrun of the limit value is still noted for less than a thousand inhabitants", according to the press release.

The concentrations of nitrogen dioxide and particles (PM10 and PM2.5) are down compared to 2019 and previous years, specifies the air quality observatory in Ile-de-France. This downward trend is notably linked to the reflux of emissions caused by residential heating and road traffic, explains Airparif.

In 2021, there were 11 episodes of pollution, including 10 "for PM10 particles and one because of ozone (...) i.e. the lowest number of exceedance days for ten years".

The recommendations of the World Health Organization (WHO), stricter than EU regulations and tightened in 2021 to take into account the most recent knowledge on the health impact of air pollution, are "still widely exceeded for all of the 12 million inhabitants of Île-de-France", however warns Airparif.

Following these recommendations would prevent 7.900 premature deaths each year, estimates Airparif, which is based on a study it published in early 2022 with the Île-de-France Regional Health Observatory (ORS).