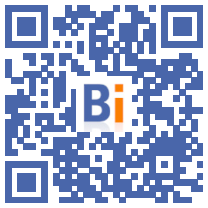 Crédit Agricole Assurances has bought out 49% of Edison Renewables, an operation which values ​​this platform bringing together the wind and solar activities of the Italian group Edison, a subsidiary of EDF, at more than two billion euros, according to a press release.

It is specified that Edison will retain control of the activities and governance of the company, and that it "will continue to consolidate Edison Renewables, which has renewable assets for a total installed capacity of 1,1 GW, of which around 1.000 MW of wind farms located in the windiest areas of the country ".

"With this transaction, Crédit Agricole Assurances, in line with the Crédit Agricole Group's commitments in favor of the climate, becomes the long-term financial partner of Edison Renewables, recognizing the solidity of the company's development plan and sharing its commitment on the challenges of decarbonization, "he said.

"This acquisition will contribute to our objective to increase our investments in renewable energies and to reach an installed capacity of 11 GW by 2025", underlines Philippe Dumont, general manager of Crédit Agricole Assurances, quoted in the press release.

The closing of the operation "is not subject to suspensive conditions" and is expected by the end of the year, it is specified.

On November 11, the French insurance group carried out a similar transaction, with the takeover alongside Engie of the solar and wind energy group Eolia Renovables, one of the largest producers of renewable energy in Spain, for an undisclosed amount.