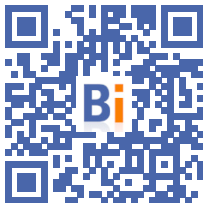 The Twenty-Seven agreed on Tuesday, October 25 to speed up energy renovation projects and achieve a completely zero-emission building stock by 2050 in the EU, but six countries, including France and Germany, denounced the terms of the text, considered too unambitious.

While the position of the Member States, adopted by qualified majority in Luxembourg by the Energy Ministers, will now be the subject of negotiations with the European Parliament, the disappointed countries are counting on these future discussions to strengthen the requirements of the project.

Based on a legislative proposal from the European Commission, the text adopted on Tuesday aims for all new buildings to be carbon neutral from 2030 (from 2028 for public buildings), thanks to moderate consumption and being powered and heated by carbon-free energies.

Existing buildings should be transformed to become zero emissions by 2050. Minimum energy performance standards (with a maximum threshold of annual primary energy consumption per m2) would be introduced in order to encourage renovations.

Exceptions are made for historic, religious or military buildings.

According to the text, each country should set intermediate objectives between 2025 and 2050 for reducing the average consumption of primary energy in all of its residential building stock, with the idea that this "be at least equivalent at the level of energy performance class D by 2033".

States should publish national plans detailing their 2030, 2040 and 2050 targets for the annual rate of energy renovation and the total energy consumption of the building stock.

And by 2029, all new buildings should be designed "so as to optimize their solar power generation potential" on their roofs and facades.

This text is a key element of the European climate plan: buildings represent in the EU 40% of energy consumption and 36% of direct and indirect greenhouse gas emissions linked to energy.

In a joint statement, six countries (France, Belgium, Germany, Ireland, Luxembourg, the Netherlands) judged that "ambitions for minimum energy performance standards should be raised substantially" and called for intermediate objectives constituting a "linear trajectory " around 2050.

Failing to have convinced the other States, they are counting on negotiations, during 2023, with MEPs to "strengthen the ambition" of the project.

"Given the different minimum performance standards in each country, the text has to postpone the first binding steps to 2040: it's dangerous, it puts us at risk in relation to our climate objectives", pleaded the French Minister for Energy Transition Agnès Pannier-Runacher.