After the recovery, the need to "change the system" to respond to the climate emergency 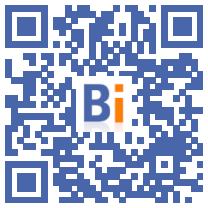 "Considerable" investments, changes in consumption patterns, technologies to be developed: after the pandemic, the economic world must "change systems" to respond to the climate emergency, detail climate and economic experts gathered in Aix- in Provence.

One urgency is chasing another: for the economist and deputy managing director of Engie Claire Waysand, global warming cannot be treated by "macroeconomic adjustment" like the plans to "revive activity" put in place. place for the post-pandemic, but through a “structural” overhaul, which requires “reorienting” “absolutely considerable” investments over the long term.

According to Michel Frédeau, climate expert for the Boston Consulting Group (BCG), which advises multinationals and the next world climate conference (COP 26), ensure the "transition of electricity and energy systems" on a global scale would require investing up to "$ 4.000 trillion per year until 2050".

According to him, "with existing technologies, we could reduce 70 to 80% of current emissions", but half of these technologies are still too expensive today, such as "the storage of renewable energies". This massive funding would quickly make them more competitive, he told AFP during the Aix-en-Provence Economic Meetings.

But the technological solution alone will not be enough, to decarbonize, "the whole system must be changed", from "all the value chains" at the request of consumers, he warns.

The transition involves "a profound transformation of our economies" also notes Laurence Boone, the chief economist of the OECD, who proposes to set "a price on carbon" to give "visibility" to companies to encourage their investments. long term towards innovation.

The establishment of rules by the public authorities must also make it possible to prohibit the most emitting modes of consumption, by "pushing us to change cars, for example" points out Ms. Waysand. On the supply side, new targeted regulations would take into account hitherto ignored costs, by forcing companies to include "carbon accounting" in their balance sheets, as they do today with "standardized accounting standards. ", imagines Mr.Frédeau.

As for the current stimulus plans, their deployment should focus on "infrastructure" and "low carbon sectors", pleads the member of the High Council for the climate, Valérie Masson-Delmotte.

In OECD countries, however, investments are "not up to the challenges", since the share of "climate-friendly" financing is as high as that supporting the use of fossil fuels, which emit a lot of greenhouse gases. greenhouse, she estimates on the basis of a report of the High Council for the climate.

Without a rapid drop in greenhouse gas emissions, the current trajectory would lead to a warming of 2 ° C in 2050 and "around 3 ° C" in 2100, indicates this paleoclimatologist.

According to figures from the Global Carbon Project (GCP), the last significant reductions in global emissions occurred temporarily during periods of crisis: in 1945 - end of the Second World War and industrial collapse of the defeated countries, in 2009 - recession linked to the financial crisis - and in 2020 - economic crisis caused by the pandemic.

For Laurence Boone, the "decrease" of the economy cannot however be the solution to the climate emergency, because "if we decrease we will also decrease the number of jobs", she declares to the AFP.

But if this decarbonization of the economy does not accelerate, the "irreversible decline" in oil production which could occur as early as 2030 among EU suppliers, would act as "the broomstick" of these "climate policies" , further weakening economies still not weaned from fossil fuels, warned a study by the think tank the Shift Project, published at the end of May.

If the date of crossing a peak in oil production remains widely debated, it remains "an opportunity" for change, believes Michel Frédeau of BCG.

"If there are no more fossils, we will accelerate innovations". And according to him, as the development of photovoltaics and wind power have proven, which have become competitive "10 years ahead", when "human energies are mobilized, we get there faster, stronger, every time "he concludes, resolutely optimistic.