After the publication of the RTE report, Gabriel Attal criticizes nuclear "ideologies" 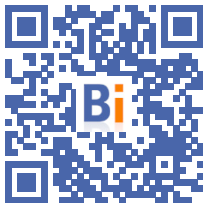 "We have heard a lot of ideologies", "in a context of pre-presidential elections", denounced Mr. Attal on Europe 1, welcoming for his part that the report "shows that reaching carbon neutrality in 2050, leaving oil, it is possible ".

"Those who explain that we can deprive ourselves of renewable energies, stop building wind turbines, or even eliminate wind turbines, just like those who say that we can suddenly exit nuclear power, they promise us one thing: it is from us light up by candlelight in the next 15 years, ”he mocked.

The government spokesperson clearly targeted environmentalists who, "when they do not agree with findings, including findings made by experts or scientists, explain that it is false, that it is to manipulation ".

Mr. Attal judged "insulting" the reaction of the environmental candidate Yannick Jadot who had denounced Monday about the RTE report a "manipulation of the government" and "a partial and therefore partial presentation" of nuclear in France, founded " mainly on a single trajectory for the evolution of electricity consumption "and deliberately emphasizing the hypothesis of controlling consumption.

"We cannot, when we are not happy, because it does not correspond to its dogma, throw away the work that has been done by experts and officials," argued Mr. Attal.

He also criticized the right where there is "still a climate-skeptical line".

Emmanuel Macron "will speak in the coming weeks" to explain "the strategy adopted on our energy mix", further confirmed Mr. Attal, while the subject of nuclear has been invited in recent weeks in the presidential campaign.

"We want to continue to invest in nuclear power", he repeated, in particular to "develop" small reactors called "SMR" ("Small modular reactors"), while recognizing that "we cannot get out of earthen nuclear power plants in 15 years ".

"We must continue to invest in everything, at least in the short term", in particular with "a reasoned development of wind power", "photovoltaics" and "offshore wind", he pleaded.