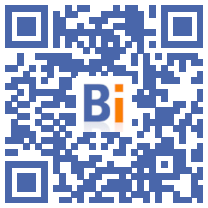 The British government on Monday called on property developers to pay to replace dangerous coatings of the type implicated in the deadly Grenfell Tower fire in London in 2017, seeking to settle a politically sensitive issue.

The coating placed on this tower located in the heart of London, composed of sheets of composite aluminum and polyethylene (plastic), had been implicated in the virulence of the fire which had ravaged the building on the night of the 13th to the June 14, 2017, killing 71 people as well as a stillborn baby.

Since then, owners of homes built with similar materials have been trapped in dangerous and unsaleable apartments.

While this file weighs down the government of Boris Johnson, the Minister of Housing, Michael Gove, must present his plan to the deputies Monday afternoon. These proposals must replace those presented last year, which put the owners to contribution for this extremely expensive work and fueled the growing anger against the capacity.

"My guiding principle is that tenants should not be held responsible for paying for work that was not their primary responsibility, and that it is the owners of those buildings or those who were responsible for their construction who should pay. "Michael Gove told the BBC.

According to the government's plan, builders should start contributing to cover the "total unpaid cost" of intervention on these dangerous coatings, which it estimates at 4 billion pounds (4,8 billion euros). Without action on their part by early March, they would face retaliatory measures from the government.

The minister called on real estate developers to assume their responsibilities, warning them that otherwise, they would risk being hit on the wallet, threatening to use "legal means" and if necessary the taxation.