After the floods in the Alpes-Maritimes, the challenge of a "rapid but exemplary" reconstruction 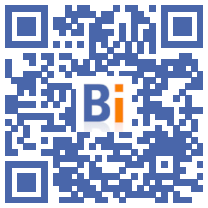 The reconstruction must be "fast but also exemplary", insists Xavier Pelletier, delegated prefect in charge of the reconstruction of the valleys, appointed after the devastating floods of October 2020 in the Alpes-Maritimes, emphasizing the "exceptional financial support of the State, in accordance with the commitments "of the President of the Republic.

Question: How much is the damage assessed, and what is the amount of public aid for reconstruction?

Response: "The solidarity endowment investigation report retains 727 million euros in damage to public infrastructure, out of the 1,09 billion declared by local authorities. The difference is that in addition to the damage, communities have added funding for infrastructure that did not exist before the storm, such as the tunnel in Vésubie and Roya Insurance companies, on the side of private property, reassessed the damage to 217 million euros. We are therefore out of a total of around one billion euros.

The exceptional financial support of the State, in accordance with the commitments of the President of the Republic, amounts to 572 million euros, with in particular 143 million under the solidarity endowment, 59,3 million in credits from the solidarity of the European Union and 50 million reserved for supporting development and attractiveness projects for the valleys. In addition, 120 million euros are provided by the Fund for the prevention of major natural hazards, which compensates owners of property destroyed or exposed to the risk ".

Q: What were the reconstruction priorities and where is the work going?

A: "The priority has been the re-establishment of all the functionalities allowing the return to a + normal life + - mobility, connection to water, electricity, sanitation - while ensuring the protection of property and people at through the redefinition of risk areas. By the end of 2022, 90% of the reconstruction work will be completed. But some development projects require more time, such as the construction of the lower Vésubie and Paganin tunnels in Roya .

Concerning private goods, more than 420 are eligible for the fund for the prevention of major natural risks. 220 properties are being processed. The first acquisitions took place in July. By the end of the year, 35 other assets will be acquired, including 12 with demolition.

Q: President Macron had promised that this reconstruction would go quickly. Is the promise kept?

A: "The stake of this reconstruction is that it is fast but also exemplary. And it goes quickly, thanks to the mobilization of communities and private operators, with the help of associations. The State has kept its commitments in co-financing, by being a facilitator on regulatory procedures, but also by ensuring its primary role of protection through the more than 2.500 houses appraised and by redefining the risk mapping. The first compensation for goods exposed to risks started in July. C ' is of course always too long, when there is a disaster.

Regarding the relationship with insurance, thanks to the support unit set up within the prefecture and the partnership with the French Insurance Federation, we have supported more than a hundred victims. There are still situations that have not been reported to us. I invite people in difficulty, who are having problems with their insurance file, to contact the Alpes-Maritimes prefecture. "