After the banks, Hidalgo tackles traffic in central Paris 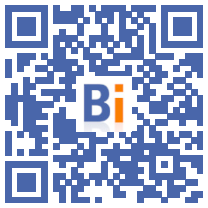 His first mandate had been marked by a standoff over the pedestrianization of the ways on the banks, of which Anne Hidalgo had emerged victorious. Reelected in 2020, the PS mayor of Paris is now embarking on a drastic reduction in road traffic in the center of the capital.

Large arteries with half as many cars as normal, small streets where pedestrians and bicycles live together without almost worrying about the presence of vehicles ... This vision, already a reality on the rue de Rivoli since the end of the first containment, should become general by mid-2022 with the establishment of the "peaceful zone Paris Center and Saint-Germain".

In any case, this is the project for this "limited traffic zone" (ZTL) that the left-wing majority wants to set up after a public consultation started on Wednesday and which is to extend until October.

"There is no question of removing all traffic" or of establishing an urban toll as in London, warns David Belliard, the EELV deputy in charge of the transformation of public space to the maneuver. "Local residents, people with reduced mobility, taxis, local artisans and traders, etc. will be able to continue to access it", assures the elected ecologist.

On the other hand, all vehicles which pass through the heart of the capital without stopping there - "transit traffic" - will have to take another route or another means of transport. What about two-wheelers and VTCs, or even tourist coaches?

The consultation should make it possible to decide but for Aurélien Véron, spokesperson for the opposition group LR Changer Paris, it is "decided in advance": Anne Hidalgo "asks motorists if they want to be eaten roasted or boiled".

The consultation should also make it possible to determine the modalities of access to the ZTL. In addition to an adaptation of the signage, the town hall plans to "limit the number of possible accesses" by changing for example the directions of movement, explains David Belliard to AFP.

To enforce the rules, the creation of the Paris municipal police is timely, underlines the mayor of Paris Center, Ariel Weil, who has made the suppression of transit traffic a banner of his campaign in 2020 with the slogan "Paris Center is not a shortcut ".

The elected socialist hopes that the measure will lead to a renunciation of the car or to cross Paris, and therefore a "mechanical reduction of traffic in the neighboring arrondissements", where the various right-wing mayor of the XNUMXth arrondissement Florence Berthout is worried about a "traffic embolization" outside this area.

"Those who will pay are those who are on the outskirts or, intra muros, at the entrances to Paris," she laments to AFP.

For Aurélien Véron, the "forced passage" of Anne Hidalgo could also earn her "angry citizen movements in Paris and the suburbs", including VTC and two-wheelers if they are excluded from the area.

Not the anger of the elected representatives of the right, for the moment: the enlargement of the ZTL to pieces of districts of the left bank (XNUMXth, XNUMXth and XNUMXth) that they lead proves, according to Ariel Weil, "that" Beyond the political postures, there is strong support for these measures. If we propose this scope, it is because they said "okay".

A climate for the time being very different from the long political and legal standoff that marked Anne Hidalgo's first term in office around the closure to traffic of the tracks on the banks of the Seine. "A bet won", recognizes Mr. Véron, who prefers this time "to discuss" to "try to find terms and limit the damage".

While Ms. Hidalgo lays the groundwork for a possible presidential candidacy in 2022, her project for the center of Paris "is a bit of a quits or double", believes the opponent. "She is in the rut in the polls and thinks that maybe you have to take a chance to get the image of a very ambitious reformer."

For Ariel Weil, "what we will be able to judge is the will of the mayor of Paris not to give up anything on her program and on her voluntarism in terms of ecological" transition.