After Paris, Lyon or Bordeaux, Marseille will overtax second homes 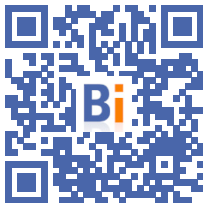 After Paris, Lyon or Bordeaux, the Marseille City Council voted to increase the housing tax on second homes, in order to promote the return of rental properties, in a market marked by soaring prices.

The increase in the housing tax on second homes will go "from 20% to 60%, the maximum rate authorized" by the general tax code, Joël Canicave, Deputy Mayor for Finance and President of the municipal majority group.

"We expect from this surcharge that housing in Marseille that is little or not used to be put back into the normal rental circuit", explained the elected representative, referring in particular to the case of frozen property for seasonal rental during the summer via the Airbnb platform.

"It is an additional tax which can also have a financial effect, even if we can not yet measure it because the law provides for a whole system of reductions", specified the elected official, referring however "to a first assessment of 3 million euros "in additional revenue for the city.

According to the deputy mayor, only 15.000 dwellings out of 450.000 of the Marseille city would be affected by this surcharge. But it will not affect seasonal rentals earning more than 5.000 euros per year to their owner, which are already subject to another tax, "the land contribution of CFE companies", paid to the Metropolis.

Before Marseille, other large cities such as Paris, Lyon, Montpellier, Nice or Bordeaux, chose to increase the increase in the housing tax on second homes to 60%, in order to fight against the under-occupation of certain dwellings. .

"If the measure will not be applicable in most cities until 2022, we know that Paris, which had anticipated the passage of the law, was able to put back in the circuit more than 5% of housing in second homes in the capital" , said Mr. Canicave.

The city of Marseille is experiencing a surge in property prices, reaching + 7,2% in one year, according to a recent report from the Chamber of Notaries of Bouches-du-Rhône