Sto tips and tricks to sustainably maintain the aesthetic appearance of a beautiful facade, at a lower cost 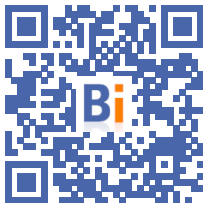 The facades are put to the test: pollution, weather conditions but also the proliferation of living organisms such as algae or moss can alter their aesthetics.

When regular maintenance rhymes with savings and valuation of the property

Who says regular observations of its facades for their maintenance, says defects appearing taken into account quickly and therefore intervention for less expensive repairs than if the defect had accentuated and worsened.

This is why Sto recommends carrying out a maintenance of its facade every two years on average, to be adapted according to the climatic conditions and the exposure of the place of residence.

"Some regular curative and preventive interventions are less costly and prevent a heavier complete facelift, with major disorders to be treated, to be undertaken when one has waited too long", insists Florence Guyoton, paint product manager at Sto.

Today in France, a large number of individuals have their homes maintained and regularly paint their facade to enhance their property. But having a "beautiful" facade is also for the pleasure of the owners who then benefit from a home of impeccable aesthetic quality. 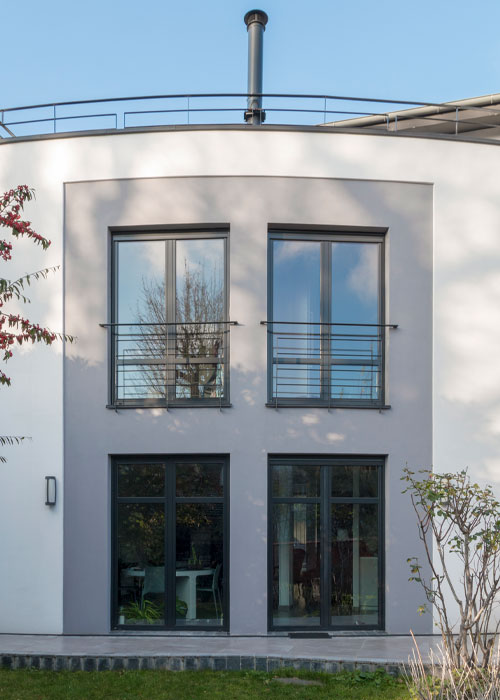 Cleaning and decontamination: a mandatory step for a well-cleaned site

To have a good facelift, you must first clean or decontaminate its facade. It is essential to take several parameters into account. The building, depending on where they are located and its environment, will be more or less fouled, and the nature of the fouling will vary.

If the accommodation is in an urban area, factors such as pollution and exhaust gases will cause so-called atmospheric fouling, which is rather greasy. Dark soiling, which dulls the facade (often soot, dust or carbon black), appears. To regain the original appearance of the facade, this type of greasy soiling requires products with an appropriate treatment, such as Façades Sto-Nettoyant AB, specially designed for painted substrates, or Universal Sto-Cleaner for rough substrates, like stone or brick, in order to overcome these aesthetic disorders.

Conversely, in a humid, wooded environment close to vegetation, deposits naturally form on the facade and thus cause plant fouling. Sto recommends the use of StoDécontaminant in a curative and preventive manner thanks to its residual aspect. Its pH is neutral and it is formulated to fight against bacteria, mosses, algae and fungi that establish themselves on facades. 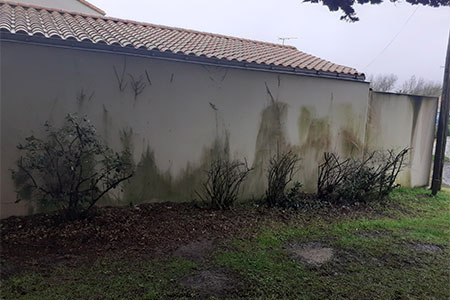 For repairs to be carried out before repainting, Sto has developed a complete range of quick-setting mortars, to be used depending on the extent of the repair: 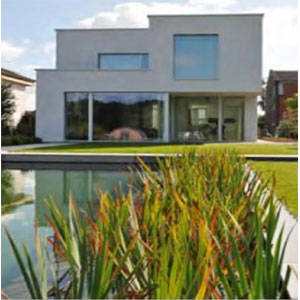 Refresh its facade with a new color and protect it: repainting is essential

To re-paint, it is the condition of the support that will determine the appropriate product, depending on several levels of degradation.
Is the facade sound, without flaws or chips? Sto offers a complete range for repainting in order to restore shine and perpetuate the protection of the facade. 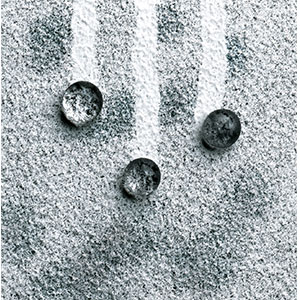 And to better protect its facade and maintain its appearance over the long term, Sto's bionic paints stand out for their remarkable water and fouling management! A true Sto trademark, these intelligent facade paints make use of Dryonic® and Lotus-Effect® technologies derived from phenomena observed in nature.

StoColor Lotusan®, with its microstructure which reduces the water contact surface, reproduces the beading and self-cleaning effects of the Lotus leaf. Dirt and dust are washed away by the action of the rain.

StoColor Dryonic® has the draining properties of the Namibian beetle shell (both hydrophilic and hydrophobic); the water is thus quickly evacuated from the facade and makes it dry again quickly.For wooden houses, StoColor Dryonic® Wood will give the facades a boost.

Does the facade have cracking faults or a few light chips? A semi-thick facade coating based on siloxane resin such as StoColor Silco Fill will have good covering power in order to hide the few cracks on the facade. The use of siloxane coatings, with particularly effective properties against plant fouling, make it possible to space out the maintenance cycles of a facade.

For larger defects, a D3 decorative system reinforced with StoLotusan K plaster or an Irtop S facade waterproofing system should be chosen in the event of cracking of the substrate.

Sto also offers coatings with X-black technology to combine aesthetic appeal, with a darker or darker shade, and the durability of the support.

Call on a professional: the assurance of a quick site carried out in accordance with the rules of the art.

Recognition of the support, recommendation, aesthetic and technical advice ... Sto supports companies that have chosen to be partners.

"The facade professionals provide additional advice that the private individual would not necessarily think of spontaneously, such as how to protect his joinery and his garden during a renovation", emphasizes Florence Guyoton.