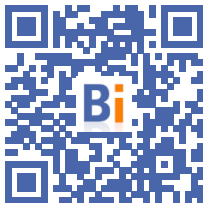 Site of the new coastal route at the level of the Grande Chaloupe, Reunion Island - © Rémih via Wikimedia Commons - Creative Commons license

In Reunion, the new coastal road, pharaonic construction site supposed to relieve congestion on a vital road axis for the island, will be delivered 6 to 7 years late and an additional cost of 600 million euros, according to the regional council.

Started in 2014, this titanic project linking Saint-Denis (north) to La Possession (west) was to be delivered in 2020-2021. However, it will not be finished before 2027 or 2028, and the amount of the work will finally reach 2,2 billion euros instead of the 1,6 billion initially planned, said Huguette Bello, president of the regional council, on Wednesday. a special plenary assembly of the Region.

Regional elected officials also felt that the Region did not have the financial capacity to finish the road on its own. They decided to "negotiate with the State an additional financial contribution".

In addition, the regional authority also risks having to pay nearly one billion euros in various compensation to the construction group (Bouygues and Vinci) awarded the construction contract for this "interminable" road, underlined Huguette Bello .

These amounts are "as unrealistic as they are scandalous" estimated the President of the Region. The community will continue the attempts at conciliation with the group and "will bring these cases to justice", if an agreement is not found.

During this special meeting, the Region had to determine in particular whether the 2,7 km missing to complete the structure should be built as a dike or a viaduct, like the rest of the structure. But unanimously, majority and opposition included, the regional advisers decided to wait for new expertise to make a decision.

Called the new coastal road (NRL), the 12,7 km long structure built on the sea is intended to replace the current four-lane road between Saint-Denis (north) and the west coast.

This traffic axis, vital for the island's economy, is regularly saturated, is also often closed due to falling rocks from the unstable cliff above it, or when the sea conditions are dangerous.

This endless construction site had provoked the annoyance of the President of the Republic Emmanuel Macron, who in October 2019 deplored: "we collectively did not know how to be there".