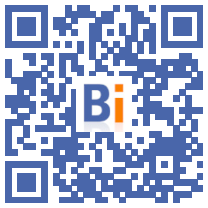 Action Logement is associated with the State, the Caisse des Dépôts et Consignations and the ANAH in the Action Cœur de Ville (ACV) program which aims to revitalize the center of 222 medium-sized towns.

For eighteen months, the Social Partners, in close collaboration with the elected representatives of the territories, have undertaken proactive initiatives to reclaim these urban fabrics: the objective is to develop a new supply of housing there for the benefit of employees, thus participating in the revitalization of the local economic fabric. First assessment backed by concrete achievements.

As of July 1, 2020, more than 575 real estate transactions have been selected and financed by Action Logement in 160 cities, i.e. 6.600 homes put back on the market in the short term. Although hampered by the health crisis and the period of uncertainty linked to the municipal elections, the operations in progress, which represent a cumulative amount of 364 million euros (including 270 for the first half of 2020), continued during the spring , limiting the delay in delivery to two months.

This new funding dedicated to ACV and implemented by Action Logement is linked to all the aids and services provided by the Group. It is thus part of a global dynamic for the benefit of the territories concerned.

In total, through the implementation of the LCA program and its combination with the Group's tools, nearly 880 million euros were mobilized in favor of the beneficiary cities. It is a concrete demonstration of the commitment of the Social Partners of Action Logement to an ambitious policy in favor of all territories, in the service of the employment-housing link.