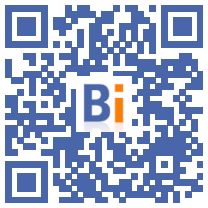 The French social housing giant Action Logement announced on Tuesday 29 November that 70 billion euros would be invested by 2030 in order to reduce carbon emissions in its housing stock by 55%.

"As a leader [of the social and intermediate housing sector], it is essential that we be the pioneers" in terms of decarbonization and energy saving, said the president of Action Logement Groupe Bruno Arcadipane during a point press at the end of the annual National Convention of the former "1% Logement", co-managed by employers and unions.

"This plan is massive, historic and structuring for the sector," he added.

Twenty commitments have been made through eight areas of intervention, including "expanding rehabilitation to decarbonize the stock and improve the quality of housing", but also tend "towards a decarbonized and less expensive energy mix" in order to achieve "neutrality carbon by 2040".

To do this, Action Logement said it works around three levers: the rehabilitation, construction and development of its housing stock, which has more than one million dwellings.

“We have a responsibility vis-à-vis our tenants,” said general manager Nadia Bouyer, who recalled that this plan was a real challenge at a time when “60% of Action Logement housing units are heated by gas".

Eight billion euros per year will thus be put on the table by the group's 50 real estate subsidiaries in order to meet these objectives.

The former Minister of Ecology Jean-Louis Borloo, who described decarbonization as "the project of the century", referred to this plan as "probably the greatest advance in terms of energy transition" during a tribune delivered at the end of the National Convention.

On Monday, the Minister for Ecological Transition Christophe Béchu and the Minister Delegate for Cities and Housing Olivier Klein launched the National Council for Refoundation dedicated to housing in which ecological ambition is at the heart of the work announced for the next few months. month.