Above the luxury shops of La Samaritaine, social housing with a view of Paris 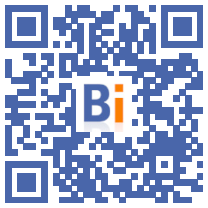 Terrace with a view of the Louvre and the Sacré-Coeur: this is indeed ... social housing. Above La Samaritaine, a department store belonging to the world leader in luxury LVMH, the City of Paris inaugurated 96 low-rent housing a few days ago.

"When I visited the first time, I cried", confides Catherine Cortinovis, retired executive assistant who welcomes elected officials and journalists for the event in her 31 m2 studio with large bay windows, in the heart of the XNUMXst district.

She pays 700 euros in rent, charges and heating included. "Without social housing, I could never afford such an apartment," she continues.

In the private sector, she would pay more than 1.000 euros excluding charges for a housing of this size, the median rent being in the district around 33 euros per square meter, according to the Observatory of rents of the Paris agglomeration.

The illustrious but dilapidated Samaritaine, between the rue de Rivoli and the Seine, had closed in 2005 to initiate a titanic renovation. After the works, the area dedicated to the store increased from 30.000 to 20.000 square meters; the rest was allocated to housing, a nursery and offices.

The brand new department store was inaugurated in June, in the presence of the President of the Republic Emmanuel Macron and the CEO of LVMH, billionaire Bernard Arnault.

The building with metal structures now has 24 apartments above the luxury shops for people in very precarious situations, 48 ​​low-rental housing (HLM), and 24 housing financed by a social rental loan (PLS) for people who can not claim to rent HLM, but do not have sufficient income to find accommodation in the private sector.

"The allocation is made according to the rating system", explains to AFP Eric Pliez, mayor of the XXth arrondissement in Paris and president of Paris Habitat, the social landlord. The system, made compulsory everywhere in France since September 1, consists of assigning points to the social housing applicant's file according to criteria such as income or the age of the application.

"A place of life"

The first inhabitants actually arrived in October 2020. About half of the households work in Paris, and 21 exercise so-called "essential" jobs: teacher, health professional, garbage collector ...

"We had a lucky star!", Maintains Zina Hadjab, nursing assistant at Saint-Antoine hospital, who obtained her 80 m2 accommodation for her, her husband and her two teenage daughters at the time of confinement (1.400 euros of rent including charges).

"It is not only a magnificent district, we wanted it to be more and more a place of life", declares to AFP Ariel Weil, mayor of Paris Center, which brings together the first four districts of the capital.

In the street, which has a school in addition to the new nursery, "it is the children who have priority", he assures, praising the installation of a small barrier, which closes access to cars. when the children are released.

"This operation makes us want to do many more," said Ian Brossat, deputy mayor of Paris in charge of Housing.

In Paris, the social housing of La Samaritaine is not the only one to be established in a luxurious setting. They can also be found near the Palais Royal, or even a stone's throw from the Champs-Élysées. One objective is put forward: to create social diversity. These projects also make it possible to renovate existing buildings, rather than constructing new ones on the outskirts.