A very encouraging report for the anniversary of the Castorama Foundation 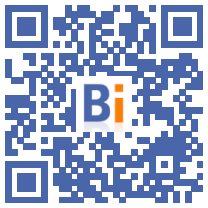 One year after its creation, the Castorama Foundation, sheltered by the Fondation de France, draws up a very positive first assessment of its actions devoted to the fight against poor housing.

With the observation of the progression of poor housing in France and the context of Covid-19 which has reinforced inequalities in housing conditions, the Castorama Foundation has made it a point of honor to support the most vulnerable in improving their lodging. Since its creation, the Foundation has supported 26 associations and more than 37 people have benefited from its support.

A solidarity commitment throughout the territory

The Castorama Foundation acts at the local level and has supported since its creation 26 associations fighting against poor housing, spread throughout France. These associations, selected through calls for projects, received financial support amounting to 230 euros.

On a national scale, partnerships have been concluded, such as with the Abbé Pierre Foundation, which received a grant of 100 euros. The Castorama Foundation also provided €000 to the Compagnons Bâtisseurs in the Bricobus project, which helped poor people facing housing problems.

For Yosr Dallegi, Program Manager and Sheltered Foundations of the Fondation de France: “The Castorama Foundation and all the employees are very invested in their approach. The commitment they demonstrate locally and the convictions they defend collectively constitute precious relays of solidarity for the associations and the beneficiaries who greatly need it. »

Local action by employees in favor of better housing

Since the creation of the Castorama Foundation, the brand's employees have been fully involved in the field through local actions. In 2021, around a hundred store and head office employees took part in renovating housing for people in precarious situations.

In addition, seven partnerships between stores and local branches of the Compagnons Bâtisseurs association have taken the form of product donations and skills sponsorship.

Concrete initiatives to which is added the financing of Castorama through the sale of shopping bags and Christmas trees for the benefit of the Foundation as well as the participation of the brand's employees in sporting challenges, such as the Boost'n 'go.

A dynamic that continues in 2022

As an extension of the solidarity initiatives already undertaken, in 2022 the Castorama Foundation will support 10 new associative projects to fight against poor housing for a total amount of 120 euros. Employees will once again be able to participate in around ten solidarity projects organized throughout France and get involved collectively by challenging each other on sporting challenges with Boost'n'go.

For Franck Moreno, President of the Castorama Foundation and Director of the Castorama brand in France: “The creation of the Foundation is the concretization of a long-standing commitment by Castorama in the fight against poor housing. We are extremely proud to support projects on the ground to help the most disadvantaged. I warmly thank my teams for their enthusiasm and involvement. We look forward to continuing the adventure in 2022 with new associations and new projects. »