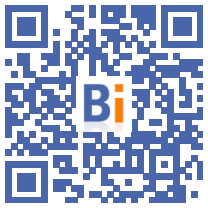 The town of Ligron, in Sarthe, intends to provide its inhabitants with free electricity produced with photovoltaic panels which will be installed on municipal buildings, its mayor told AFP on Friday May 6.

"The inhabitants are rather curious and interested, especially since the price of electricity is soaring. When they see their bill, they ask me: when are you doing your project?" Said Philippe Biaud, mayor of this town of 500 inhabitants, near La Flèche.

With "very well exposed" roofs (those of the school and the municipal workshop) to produce solar energy, the municipality responded to a call for projects from the Pays de la Loire region in favor of renewable energies in 2020.

"We said to ourselves that our municipality would consume very little of the electricity produced and we wanted to involve the population. Rather than reselling it, we prefer to have it consumed by the inhabitants", explained the mayor.

On the 300 m2 of municipal roofs, the photovoltaic panels should produce 54 megawatt hours (MWh) per year, of which a third will be consumed by municipal buildings.

The surplus would be supplied free of charge to an association, to which the inhabitants will be free to join if they want to benefit from this electricity free of charge, according to the formula chosen.

The creation of an association is necessary "because a local authority cannot directly supply electricity to third parties", explains Mr. Biaud. In addition, "the idea is also to get people to think about how we can reduce their consumption," he adds.

The project, valued at around 100.000 euros, should see the light of day in 2023, according to the mayor, who hopes to obtain a new grant from the region to finalize it.

The municipality is advised by the Tecsol design office in this process of "collective self-consumption of renewable energy".

"This is a relatively recent and stammering subject in France", explains Sébastien Decottegnie, design engineer at Tecsol, who estimates that "a few hundred municipalities" have already adopted this solution.

"It's a new decentralized model, sharing and valuing renewable electricity," he explains. "It's a story that begins and is not ready to stop."