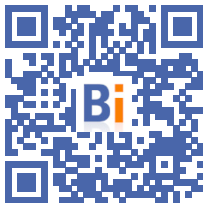 Rothelec, the specialist in economical electric heating and inventor of the inertia radiator, conducted a survey of 1.004 people representative of the French population to find out how they were going to manage this winter and cold season.

Like every year, with the temperatures starting to drop, protecting themselves from the cold will become one of the concerns of the French. But only 44% say they have already planned everything to be warm this winter. For the others, 39% admit to having prepared nothing and 17% are in total doubt.

Afraid of the cold?

However, for more than 65% of those questioned, the fear of a very harsh winter is present in their minds. Only 33% remain optimistic and 2% do not know how to answer this question.

A budget in case of a problem?

To compensate for a significant drop in the thermometer, only 27% of French people have put aside a little money in order to be able to react accordingly. Thus, 45% have planned between €100 and €300 to act against the cold and 33% between €300 and €500.

Shopping for the cold

23% of French people are thinking of buying a back-up heater to supplement their existing system, in the event of a cold snap. As a second solution, 21% prefer to opt for warmer clothes and 17% will opt for a new heating system.

What other solutions without spending too much money?

For many people who have not planned a budget in case of intense cold, several solutions are considered. First and logically, 79% will play the onions and cover themselves with several layers of clothing to be warmer. In second place, 58% plan to stay longer at their place of work in order to take advantage of the heat of the premises and thus save money at home. Finally, in third place in the ranking, 56% will eat a little more and certainly food with more energy.

* Methodology: Survey carried out among 1.004 people representative of the French national population aged 18 and over. Survey conducted online from the panel of BuzzPress respondents (27.000 people in France). Between November 21 and 25, 2022, an electronic survey was sent by email and posted online on Facebook and LinkedIn social networks. The responses were then compiled and weighted according to pre-established quotas aimed at ensuring the representativeness of the sample and in order to obtain a representativeness of the target population.

All weightings are based on administrative data and data collected by INSEE.