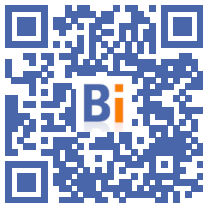 A few days before the opening of the FIFA World Cup in Qatar, a subsidiary of the French construction group Vinci was indicted on Wednesday November 9 by the French courts, as part of an investigation into working conditions. employees on certain construction sites linked to the event.

Vinci Constructions Grands Projets (VCGP) was indicted by an investigating judge in Nanterre (Hauts-de-Seine) on charges of "submission to working or accommodation conditions incompatible with dignity", "obtaining the provision of services to a person in a situation of vulnerability or dependence, with unrelated compensation" and "reduction in servitude", indicated the Nanterre prosecution, requested by AFP.

It is "a strong signal from the judicial institution" because "it is not nothing, in France, to attack a CAC40 company", reacted Sandra Cossart, the director of the NGO Sherpa who had filed a complaint with civil action. But "it's not a victory, because it's only an indictment, the investigation continues," she added.

The file dates back to 2015, and a first complaint had been dismissed in 2018. But complaints with civil action from the Sherpa and Committee against Modern Slavery (CCEM) associations, as well as from former Indian employees and of these construction sites, led to the opening of an investigation by an investigating judge in November 2019.

A search at the headquarters of the Vinci group in Rueil-Malmaison (Hauts-de-Seine) took place in December 2020.

Three sites are decried by the complainants: that of the "light metro" linking Doha to Lusail, a new city which will host the final of the Football World Cup; that of the Lusail underground car parks; as well as those of the construction site of the luxury Sheraton hotel, in the heart of Doha.

The representative of the group, during his summons before the investigating judge, was "limited to expressing a protest relating to the insufficiency of the time granted to the lawyers to elaborate the useful answers and the untimely choice of the date a few days the opening of the FIFA World Cup," Versini-Campinchi told AFP.

VCGP "will immediately file an appeal seeking to have the Versailles Investigation Chamber declare the nullity of this indictment", warned the lawyer, in particular because of a targeted offense which did not exist in the Criminal Code at the time of the alleged acts. The magistrate, however, "reduced the period of prevention" of this offense for this reason, explained the lawyer.

According to testimonies collected at the time by the NGO Sherpa, immigrant employees of Vinci on certain construction sites said they had worked, passports confiscated, between 66 and 77 hours a week. And they would have been crammed into cramped rooms with insufficient sanitary facilities, receiving remuneration unrelated to the work provided, threatened with dismissal or dismissal in their country in the event of claims.

"I started to vomit (...) because of the gas, the smoke, the oil", testified a plumber, claiming to have worked up to 30 meters deep without an oxygen mask.

An audit carried out in January 2019 by several trade union organizations (CGT, CFDT and CFE-CGC) within Vinci's Qatari activities nevertheless concluded that there are good practices on site in terms of employment.

The director of the NGO Sherpa believes, however, that if there have been "voluntary improvements (...) that does not clear the company of the reprehensible actions which would have been committed between 2011 and 2014".

"This indictment is historic and one more step towards the fight against impunity and the accountability of multinationals," said Sherpa's lawyer, Ingrid Metton.

"None of the projects" awarded to Qatari Diar Vinci Construction (QDVC) "is related" to the World Cup in Qatar and they were "awarded (...) before the organization of this competition was awarded" (in 2010) to this wealthy Gulf emirate, says Vinci. He recalls that the projects focused "essentially on transport infrastructure".