A study reveals the impact of onshore wind power in France 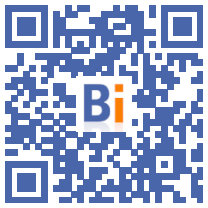 Between 2012 and 2030, the onshore wind power sector in France should create more than €2 billion in added value and more than 35.000 jobs, net of substitution effects on other energies, in particular nuclear and fossil fuels. This study is broken down into an analysis of the last ten years, which makes it possible to quantify the impact of wind power in 2021, and a projection over the next ten years.

By replacing nuclear and fossil fuels, onshore wind power has created €1,1 billion in net added value in 2021 and more than 17.900 net jobs over ten years. The net direct and indirect added value created by the development of the sector amounts to €570 million in 2021, to which is added €568 million of added value created by the knock-on effects on the rest of the economy. The development of the wind power sector has also enabled the creation of almost 10.700 direct and indirect jobs between 2012 and 2021. The chain effects have enabled the creation of 7.200 additional jobs over the period. These jobs and this added value are present in the economy in 2021 and have been deployed for ten years.

The assessment of the net economic impact of the development of the wind power sector over the last ten years requires taking substitution effects into account. The increase in wind power generation has occurred to the detriment of other sources of electricity and the economic impact of wind power must take into account these substitution effects. In addition, the impairment loss in substituted energies is different when the decline is based on plant closures or on a drop in the load factor of plants still in operation. Asterès estimates that over the past ten years, 63% of additional wind generation has replaced nuclear, including 23% at the closure of Fessenheim, 27% has replaced coal, including 27% due to plant closures, and 10% replaced fuel oil, including 9% due to power plant closures.

The net knock-on effects of the deployment of wind power in France amount to €568 million in 2021 and more than 7.200 jobs over ten years. The net direct and indirect added value lodged in France involves orders from suppliers and consumption by employees. These two stimuli create ripple effects in the economy, quantified thanks to the Asterès Impact Model (MIA), which makes it possible to monitor all the economic flows generated by a company or a sector.

By 2030, the economic impact of the development of the wind power sector should once again be positive, amounting to €1,1 billion in net added value and 17.500 jobs. The method followed to assess the economic impact of the deployment of wind power over the past ten years can be used to project to 2030. The main difference is based on the future cost of wind power, which is falling, and on the type of substitution. Indeed, by 2030, a non-negligible part of the electricity produced in addition will be net creation when a part will replace gas and another part for the direct consumption of gasoline and fuel oil (in addition to conventional nuclear and electricity based on oil and coal as for the period 2012 – 2021). In detail, the future development of the wind power sector should create €472 million in net direct and indirect added value for the French economy in 2030. These direct and indirect effects should themselves lead to the creation of €599 million in added value. additional via ripple effects. The growth of the wind power sector should thus make it possible to create almost 9.900 direct and indirect jobs and more than 7.500 additional jobs by ripple effect between 2021 and 2030, i.e. approximately 17.500 jobs in total.

The ASTERES firm was commissioned by CGN Europe Energy to work on the economic impact of wind power in France. The ASTERES economists benefited from complete independence in conducting this study. The sources of all the data used are available in the study.