Skyscraper in China ravaged by fire 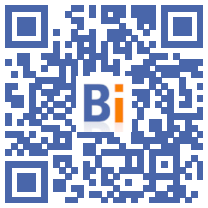 The flames ravaged a 16-meter high skyscraper in central China on Friday, September 218 during a spectacular fire, which caused no casualties according to an initial report established by firefighters. 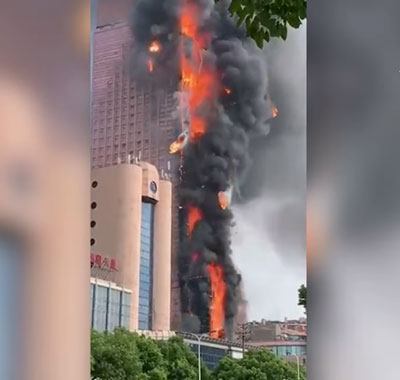 The fire, now extinguished, affected the building of the telephone operator China Telecom in Changsha. This city of 10 million people is the capital of Hunan Province.

The impressive images broadcast by public television CCTV showed huge and powerful orange flames ravaging an entire side of the building, which has 42 levels on the surface.

Videos posted on social media show extremely dense black smoke billowing from the building and passers-by fleeing to avoid being hit by incandescent debris falling from the sky.

“According to a preliminary investigation, the fire “would have started on an exterior wall of the building,” the province's firefighters said on the Weibo social network.

"The fire has been extinguished and no casualties have been found," they said, saying they received the first call for help at 15:48 p.m. (07 GMT).

Internet users have published images of a long articulated arm of the firefighters projecting water on the black carcass of the partly charred building using a lance.

"The fire was extinguished around 16:30 p.m." and "(telephone) communications were not interrupted," said China Telecom in a message posted on Weibo, confirming the absence of a victim for the moment.

Construction of the skyscraper was completed in 2000, according to CCTV.

This relative modernity of the building could partly explain the absence of victims for the moment, fire drills being regularly practiced in buildings in large cities.

However, fatal fires occur regularly in China, where the sometimes lax application of safety instructions and illegal construction can make it difficult to evacuate a burning building.

In June 2021, in central Henan province, a fire at a martial arts school killed 18 people, most of them students aged seven to 16.

State media had reported that the building housing the school failed to pass mandatory security checks. The event had caused an online outcry and mobilization on social media for better fire safety standards.

In 2017, two fires killed more than XNUMX people in Beijing neighborhoods inhabited by migrant workers from other provinces.

In 2010, a massive fire engulfed a 28-storey residential building in Shanghai, killing 58 people.