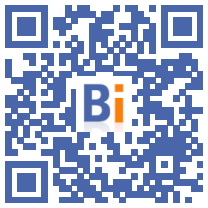 In spring 2021, a rise in mortgage rates in France was inevitable! Since the announcement of Joe Biden's US stimulus plan, the threat of a return to inflation has hovered over international markets.

A rapid start to an economy ravaged by the crisis often results in a rise in bond rates in order to encourage investments in government bonds, which have become more profitable. This rise in interest rates on US bonds had, from March 2021, a direct impact on the European bond market. This is now reflected in a general tension on rates, especially on the mortgage market.

In April 2021, La Centrale de Financement noted an increase in mortgage rates of 0.04%, on average, over all loan terms. An increase to which is added a continuous loss of household purchasing power, a shortage of goods for sale on the market and the still rigorous application of the recommendations of the High Council for Financial Stability (HCSF) on the granting of credit . The Financing Center therefore warns of the certain increase in the number of credit refusals in the coming months, risking again penalizing first-time buyers and destabilizing the sector as a whole ...

If the general levels of mortgage rates remain attractive despite everything, their recent increase has taken place in a particularly tense and already drastic context with regard to the granting of credit, due to:

“The increase in the prices of goods naturally implies a decrease in the volume of loan requests, in particular from the most modest households whose income no longer allows them to position themselves on the market. ", explains Sylvain Lefèvre, President of La Centrale de Financement.

"This rate hike, after a particularly advantageous period for borrowing, takes place in a context that is still as restrictive with regard to the granting of credit and in a lasting inflationary trend, which threatens purchasing power. borrowers ... We anticipate a significant increase in the number of credit refusals in the coming months, to the primary detriment of the most modest borrowers, in particular first-time buyers, and risking weakening the sector as a whole! "Sylvain Lefèvre, President of La Centrale de Financement

May 2021: a rise in rates over all loan periods

After a slight drop in rates in April 2021, the month of May begins with a further increase, across all loan terms. Thus, with the rates announced in May 2021, a borrower taking out a loan in the amount of € 180 over 000 years at 25% will see his monthly payment rise to € 1,28 for a total cost of credit of 701,46 30 euros, or 438% more than the previous month (corresponding to an additional cost of more than 5 euros) for a loan of the same duration and the same amount.

The interest rate conditions generally observed are up 0.04%, on average, for all loan terms combined. In detail: the most significant credit rate increases are observed mainly for loans contracted over 7 years, 12 years and 25 years, with an increase of 0.05% and 0.06% respectively compared to April 2021.

The best real estate rates of May 2021 by loan duration

Profile of borrowers who completed their project in April 2021

The typical borrower of April 2021