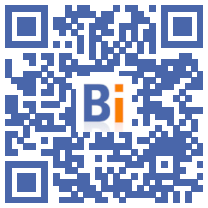 The Alps, which represent 2 out of 3 reservations in the mountains, have almost returned to their pre-crisis levels. The sea, despite the season and the reopening of ski resorts, is once again on the rise. The health and social situation in the West Indies weighs down reservations in Guadeloupe and Martinique, but not in Reunion which is progressing vs 2020.

The mountain is back to its pre-crisis level, but with contrasting situations depending on the massifs

After a winter of 2021 which was characterized by the closure of all ski lifts and ski infrastructures, throughout the national territory, reservations for the 2022 winter holidays are approaching those observed in 2020, before the start of the pandemic.

However, in detail, this situation is far from being homogeneous between all the French massifs.

Thus, "the winter 2021 carryovers" which had done well because they were not 100% oriented towards skiing are down sharply compared to last year, as Vosges and Jura to return to their 2020 levels. Only the Massif Central continues to progress, but with a smaller sample.

Logically, the Alps – which concentrate the majority of French ski resorts – are picking up again compared to 2021: + 135,2% of reservations. They are almost back to their pre-crisis level, with -5,5% reservations.

The Massif Central is the massif that is doing the best: + 88,9% compared to 2020 and the Pyrenees are not left out with + 69,1% compared to 2020 even if, for these two massifs, the volume of reservations has nothing to compare with the Alps.

This evolution can be explained by the conjunction of two mutually nourishing phenomena:

The Southern Alps drop out more than those in the North…

Last-minute bookings are much more frequent than before, allowing holidaymakers to find out about snow conditions. However, for these winter holidays, the snow cover is uncertain in the Southern Alps.

In addition, they are less accessible and less well served by train, so you have to get there by car and the southern resorts could suffer from the regulations on winter tires that have been mandatory since November 1 in these departments.

The sea is now an all-season destination!

All Saints' Day, Christmas, February, since the end of 2020, the sea has shown high booking levels in all seasons. What had been considered a default choice when the ski resorts were closed at Christmas 2020 and then in February 2021, the coast has finally been able to retain and find its followers, even in February...

And this concerns the entire French coastline, without distinction! Which even shows progress compared to 2021 where it had been a carryover destination.

For a minority of French people, the February holidays rhyme with leaving for the sun in the middle of winter. And as such, the overseas territories are traditionally a destination of choice at this season. But the health and social contexts got the better of reservations this year in the French West Indies, unlike Reunion, which has seen the volume of its reservations increase.