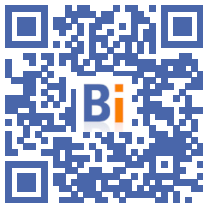 The YGéo heating network, operated by ENGIE Solutions, aims to provide heat to the equivalent of 10.000 homes in the municipalities of Rosny-sous-Bois, Noisy-le-Sec and Montreuil.

Commissioned in 2016, this network powered by geothermal energy is part of the common desire of the three cities and of SIPPEREC (Syndicat intercommunal de la periphery de Paris pour les energies et les communication networks) to develop the use of renewable energies. south of Seine-Saint-Denis. This production plant has also benefited from financial support from ADEME and the Île-de-France region.

The year 2021 marks a major step forward in the development of this network, which is more than 75% supplied by geothermal energy, a local and renewable energy. Indeed, three booming zones in this territory have opted for carbon-free heat produced by the YGéo power plant:

The YGéo heating network thus becomes a real lever of energy transition for this booming territory. It offers citizens the opportunity to access clean, local energy, while constituting a preferred heating solution for these new Concerted Development Zones, designed to promote well-living in the city.