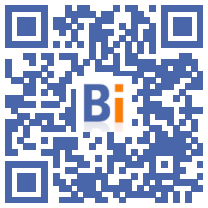 This positive energy building, for which a request for BEPOS certification is in progress, includes an intermunicipal nursery school and a relay of nursery assistants in Châtenois-les-Forges.

It was designed by the architect Thierry Gheza as a playful building that fits perfectly into the environment of the municipality of Châtenois-les-Forges in Franche-Comté. For this project, the architect chose to call on TERREAL, a roofing specialist, to produce the roof in Solterre PV photovoltaic panels and Santenay tiles.

This structure dedicated to children is located in the heart of an area of ​​public establishments and services of the Municipality of Châtenois-Les-Forges. It is part of a mixed environment including the establishment of the new town hall, sports facilities, housing for the elderly as well as residential houses and social housing.

The educational complex composed of an intercommunal nursery school and a relay of nursery assistants was designed by the architect as "a building deploying like a protective umbrella where spaces and subspaces are housed in the manner of a game of cubes ”. From the start of the project, the protective and welcoming roof was therefore a fundamental aspect of the building's composition.

The roofing, made up of three ridge lines (or sub-assemblies), allowed the installation on the southern slopes of Solterre PV photovoltaic panels from TERREAL. The northern sections were covered with Santenay tiles, produced at the TERREAL factory in Chagny. Signature of the architect, a mix of 5 colors * offered in the TERREAL catalog has been produced, giving relief to the cover of the establishment while maintaining harmony with the surrounding roofs.

Compatible with Santenay tiles, the Solterre PV photovoltaic system also has the aesthetic advantage of being able to fit into the tiles. TERREAL therefore worked on a layout for the installation of Solterre PV panels, integrating perfectly with the roof for a sober aesthetic rendering.

The Solterre PV system has a Technical Opinion from CSTB on watertightness and was the subject of a favorable opinion from the Product Prevention Commission (C2P) of the Construction Quality Agency last January. In addition, the system has a Product Environmental Profile (PEP), or environmental sheet, allowing the value of the carbon footprint of this photovoltaic installation to be reduced by 40%.

The entire project is indeed submitted to RT 2012 and has been studied to meet the main requirement of the BEPOS-Effinergie 2013 label. According to this ambition, 265 Solterre PV panels, or almost 500m2, have been installed, representing a power of 68,9 kwC. The estimated annual production is 72 kwH, approximately the annual consumption of 700 individual houses. This installation also has an economic advantage with a competitive energy production cost estimated at 16 € / kwh.

“For this project, we were mobilized upstream to study the needs both at the aesthetic level and at the performance level, in order to size the solar part compared to the tile part. Downstream, we sent our technical teams to assist the Durand Fils company for the installation of the photovoltaic panels. "

Xavier Doucey, Manager of the design office of the Durand Fils company, comments: “Like many roofing companies, the installation of photovoltaic panels does not represent the main part of our activity. We therefore appreciated the support and training provided by TERREAL during installation and in particular their availability at any time during the project. In addition, the Solterre PV system is compatible with many models of tiles, and the methodology is the same for a collective establishment as for smaller installations. This training represents a new string to our skill arc. "

How would you describe the architectural intention behind this achievement?

“The very nature of the project, dedicated to early childhood, meant that we had to build a playful building despite very large roofs. For architectural consistency, we have therefore created a continuum with the neighboring buildings, which allows us to have two readings of this project: a large-scale reading with an imposing roof, and a human-sized scale with built-in cubic elements.

These cubic spaces are reassuring, and "players" at the same time. It was also a desire of the project that this "cube game" supports a very large roof, necessary for the installation of photovoltaic panels. It is, in a way, the deconstruction of an archetype: from a simple object, we actually realize an object with a complexity of spaces.

The project is designed with simplicity for constructive and budgetary reasons, while offering a wealth of space and transparency for the well-being and pleasure of children and adults, as well as a practicality for maintenance staff and on duty."

Why did you choose TERREAL for this project?

“We chose to use TERREAL for two main reasons. First of all, I was very satisfied with our relationship on other roofing and tiled facade projects. In addition, one of the prerogatives of the contracting authority was the installation of a maximum of photovoltaic panels on the southern slopes of the roofs.

The Solterre PV product has the advantage of being an approved and experienced photovoltaic solution from TERREAL. After studying the product in terms of energy production capacity, TERREAL's technical-commercial service then guided us in sizing the panels. "

What do you think is the main quality of a manufacturer for the success of a project?

“In the relationship between project management and the manufacturer, the key to the success of a project lies in particular in good communication. With TERREAL, our respective design offices exchanged a lot until reaching a point of agreement in terms of technical feasibility and aesthetics of the project. "