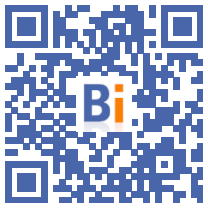 Imposing environmental, social or governance conditions on companies receiving public aid is necessary, believes a parliamentary report published Wednesday, which wants to go through "contractualization" between public authorities and companies.

Conditionalities "are useful in addition to public policy instruments such as the law, which applies to all, or public contracts," said this report, which concludes a parliamentary mission started in the fall.

The debate on imposing conditions on companies, especially environmental and in terms of employment, emerged with force last year when the emergency plans for the health crisis and the health plan were adopted. relaunch.

The State grants around 140 billion euros of public aid per year to companies, through 1.800 to 2.000 schemes. Elected officials, unions and NGOs, regretted that the State mobilizes gigantic sums to help companies without imposing more constraints on them.

If the parliamentary mission is in favor of more conditionalities, it recommends that this be done as a priority by "contractualization" between public authorities and companies.

And they would only be imposed on companies with more than 250 employees and large companies, to avoid penalizing the smallest, says the report.

The first of the conditionalities would be "compliance with existing laws", in particular fiscal, social and environmental obligations, defended MP Barbara Bessot Ballot (LREM), co-rapporteur of this mission during the presentation of the report to the National Assembly. .

With regard to employment, few possibilities exist today to allow the public authorities to obtain reimbursement of aid paid to a company which would close a site or cut jobs.

The mission therefore proposes to modify the Florange law of 2014, by lowering to companies with more than 500 employees (against 1.000 currently) the threshold from which the State can recover aid.

And it recommends that communities ratify the precise commitments of companies via agreements signed upstream of the payment of aid.

In environmental terms, "eco-conditionalities" must become a "reflex", but "without disregarding the economic reality", defended Laurianne Rossi (LREM), co-rapporteur of the report.

For the mission, conditions must apply with measurable indicators. It also proposes that they only target the most polluting sectors.

Finally, the State could introduce conditions when granting its export guarantees, or in exchange for an entry into the capital of a company.