A paradise island in Vietnam, delivered to the disproportionate ambitions of promoters 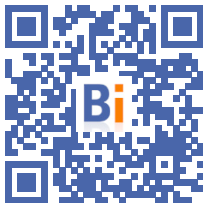 Thousands of hotel rooms, a Guinness cable car, a miniature Venice: the Vietnamese island of Phu Quoc, which reopened to international tourism a few days ago, took advantage of the pandemic to accelerate its development, a high-risk concreting for the tropical paradise.

Some 200 South Koreans were the first foreign visitors in 20 months to land on the island, nestled not far from Cambodia in the crystal clear waters of the Gulf of Thailand.

"This is the first time I have left South Korea since the start of the health crisis (...) I feel safe. We are all vaccinated," Tae Hyeong Lee told AFP.

The group will stay in a 12.000-room resort, be able to ride a gondola, get dizzy on the amusement park rides, hit the ball on an immaculate 18-hole course, feed the giraffes at the zoo safari and play roulette in a casino worthy of Las Vegas.

On more than 1.000 hectares and kilometers of coastline in the northwest of the island, it opened its doors six months ago, in the midst of a pandemic.

The ambitions of the billionaire Ph?m Nh?t Vu?ng's group are great: to make Phu Quoc "a new international destination on the world tourist map".

Concreting is spreading elsewhere on the island.

"In all, 40.000 hotel rooms have been built, are planned or under construction," said Ken Atkinson, vice president of the Vietnamese Tourism Advisory Council. "That's more hotel keys than in Sydney."

In the south, another developer, Sun Group, has invested in leisure parks and a cable car nearly 8 kilometers long, one of the longest in the world, registered in the Guinness Book of Records.

"The Emerald Isle" has long remained off the tourist trail, devoting itself to fishing, green pepper cultivation and pearl farming.

Nature is so flourishing there that in 2006 it was classified as a "world biosphere reserve" by Unesco.

But the white sand beaches are quick to attract investors who dream of making it a new Phuket, the Thai island which welcomed ten million international visitors in 2019.

Even if part of the island remains classified as a protected area, this flash development is worrying.

"Phuket has taken years to grow, but Vietnam tends to want to do it all at once," said Ken Atkinson. "I don't think enough attention is paid to what would be in Phu Quoc's long-term interests."

The crystal clear waters are teeming with coral reefs and the beaches were once popular nesting grounds for endangered green turtles and hawksbill turtles.

No nesting has taken place in recent years, noted UNESCO in 2018.

And the plastic waste generated by tourism has already had a disastrous effect on the ecosystem.

Before the pandemic, around 160 tons of garbage was generated every day, according to the World Wide Fund for Nature (WWF).

The organization denounced "an almost unimaginable deluge of plastic" which threatened marine life. She warned against "inappropriate" waste management in the face of the explosion of tourism.

"More and more visitors are environmentally conscious, they won't want to go to litter-strewn beaches or swim in sewage-polluted seas," warns Ken Atkinson.

But the inhabitants, cut off from the financial windfall of foreign tourists for months, are eager to see business pick up again.

"If Phu Quoc did not develop, it would only be an undiscovered pearl", estimates Chu Dinh Duc who set up a small hotel structure away from the gigantic resorts.

"Everyone wanted to escape from Phu Quoc when I was a child," recalls the 33-year-old young man, who left for a long time to work on the mainland. "Thanks to the tourists, I was finally able to return to my island".