In Noisy-le-Sec, rehabilitate the wastelands but to do what? 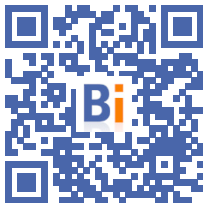 The landscape around Noisy-le-Sec is lunar: the excavators are busy on the ground, huge yellow cranes share the sky and in the city an incessant noise of construction machinery resonates.

Soon, old unoccupied SNCF buildings will be razed to build 77 private homes, a square and extend a street. The works are partly financed by a subsidy of 975.000 euros allocated by the State via the "brownfield funds".

This fund was deployed as part of the government's economic recovery plan. The envelope, originally of 300 million euros, was made permanent at the beginning of September and provided with an additional 350 million.

Former service stations, unoccupied premises, abandoned factories ... The ambition is to give a second life to industrial and commercial wastelands scattered throughout France, the number of which is still unknown but which number in the thousands.

In Noisy-le-Sec, this manna is a welcome breath of fresh air. "In the field of development, we are running after all subsidies," sighs Olivier Sarrabeyrouse, Communist mayor of the city.

However, limited assistance, believes Laurent Chateau, project manager at Ademe, the ecological transition agency which coordinates part of the calls for projects. But he concedes the difficulty of determining how much to deploy and where.

"Brownfields are everywhere, and unfortunately they are being created every day", continues Mr. Chateau.

However, reconverting a wasteland sometimes entails dizzying costs, especially for highly polluted sites that must be decontaminated.

In an attempt to balance the accounts, elected officials often lean towards the construction of private housing, more profitable. In Noisy, this is what financially supports the transformation of the area around the Ourcq canal.

Sometimes the key to surprising projects: 450 student housing were to be created 15 meters from the A86 motorway. A project stopped by the new municipality. "Instead, we want a place of activity, leisure, culture. But that does not put money in the coffers," sighs Mr. Sarrabeyrouse.

And yet, the need for housing is considerable in sectors in tension such as the Paris region. To reconcile construction and ecology, the State is betting on building densification, an objective set out in the Climate and Resilience Act which provides for "zero net artificialization" of soils by 2050.

With this in mind, the "wasteland" makes it possible to give a second life to unused land or buildings, often in the heart of cities.

"Until now, we extended over agricultural land. Now we have to look at what is in the city," explains Mr. Chateau.

Guillaume Faburel, urban planner and teacher at SciencesPo Lyon, qualifies however: "The process of metropolization that we know, that is to say the expansion of large cities, is simultaneously an interior densification and an exterior sprawl."

Paradoxical? No. "Because the city is becoming too dense, wealthy populations also choose to move to the outskirts to have more space," explains Mr. Faburel.

At the same time, the most precarious populations often have to leave rehabilitated neighborhoods because developers pass on the sometimes high costs of the works and the acquisition of land onto the price of housing.

In the historically working-class and railway town of Noisy, it is therefore a whole part of the population that risks having to move if the rehabilitation of the wasteland causes rents to jump.

Because it is not the 975.000 euros received from the wasteland that will change the situation in construction in Noisy, "one of the three poorest towns in eastern Paris," said the mayor of Noisy. The elected representative regrets that this money "is not used to build social housing", but rather to develop the private park.

For Guillaume Faburel, the solution to the equation lies in the implementation of a "rent cap policy" and the construction of social housing "to meet needs".

And this, so that the new eco-districts gained from the old wastelands are not reserved for the better-off.