A new website for the Cerib Fire Testing Center 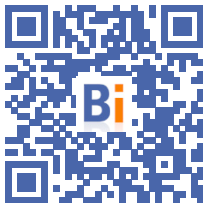 The new website of the Cerib fire resistance laboratory, presents five main sections, supplemented by videos and news, to facilitate exploration and quickly learn about all of the Centre's offer.

The first reception test for Prometheus was carried out in 2008 but it is in 2010 that the Structural Fire Resistance Test Center was officially inaugurated, allowing for the first time to get closer to real fire conditions and to better understand the safety levels of structures and assemblies.

COFRAC accreditation is obtained the same year for the tests of walls and the collaboration concluded with the laboratory WarringtonFireGent makes it possible to complete the panoply of “accredited” fire resistance tests.

In 2011 Cerib becomes 3rd fire resistance laboratory approved by the Ministry of the Interior, and also becomes a member of EGOLF association (European Group of Organizations for Fire Testing, Inspection and Certification), paving the way for new development perspectives, notably with the commissioning in 2014 of the LEPIR 2 test, a platform for testing the propagation of fire in facades.

At the same time, the Fire Testing Center is increasing its collaborations at an international level  (University of Liège in Belgium, Imperial College in the United Kingdom, DBI laboratory in Denmark ...). He is also recognized scientifically and technically for his work in the field of fire behavior of concrete structures with the presidency of the European Eurocode 2-1-2 revision group (fire dimensioning standard for concrete structures) and its French mirror group.

The Center continues to develop and strengthens its team both to ensure the support of new test reference systems and to establish the engineering and evaluation activities. Thus eBetween 2012 and 2015, the number of benchmarks under accreditation rose from 2 to 15.

Today, the Fire Testing Center diversifies and positions itself in new markets (let us quote in particular the collaboration contract with the FFB for the characterization of the performances of facades of technical wooden ducts). The Center has also become a driving force on specific themes, such as those covered tunnels and trenches, and more generally passive protections, positioning it as a privileged interlocutor for major construction companies.