A new semiconductor factory will be built near Grenoble, a 5,7 billion euro project 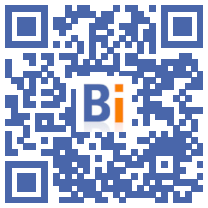 President Emmanuel Macron welcomed 11 foreign bosses to the Palace of Versailles on Monday July 180 for a fifth "Choose France" summit, with the flagship announcement of an investment of 5,7 billion euros in a new semiconductor factory, near from Grenoble.

"This is the largest industrial investment in recent decades outside of nuclear power and a big step for our industrial sovereignty: it's 1.000 jobs at stake", commented the Minister of the Economy, Bruno Le Maire, on Twitter.

The industrial investment projects, which will be presented Monday afternoon in Versailles (6,7 billion euros of investment, "more than 4.000 jobs created"), come at the right time for the government, pressed by inflation which weighs on purchasing power.

The future semiconductor factory will benefit from “significant financial support from the French State”, specified the Franco-Italian group STMicroelectronics and the American GlobalFoundries.

It is part of the "Chips Act", the program of the European Union to find a place alongside Asia and America in the world production of semiconductors. Marked by the shortage of these precious components, following the Covid-19 crisis, Europe wants to raise its share to 20% of world production, against less than 10% today.

The semiconductors produced in Crolles, near Grenoble, will notably serve end markets "such as automotive, industrial, the Internet of Things and communication infrastructure".

The first productions should be launched from the end of 2023, with a gradual ramp-up until 2025/2026, according to the Elysée. About 58% of the production will be for GlobalFoundries, with the rest for STMicroelectronics, the two companies said.

Mr. Macron will go there on Tuesday to present this factory project, which will ultimately be "the largest French chip production site and one of the largest in Europe".

These announcements come in a tense climate, after revelations Sunday evening by the newspaper Le Monde of the links which united Emmanuel Macron, then Minister of the Economy (2014-2016), and the company Uber. Based on various testimonies and documents, these "Uber Files" conclude that there is a secret "deal", aimed at helping the platform to consolidate its positions in France, which has been strongly denounced by elected officials on the left.

For the Elysée, the record participation of foreign bosses in "Choose France" - they were 120 to 130 in previous editions - shows "very strong interest from foreign bosses, following the re-election of the president".

Despite the loss of the absolute majority by the government, "there is no concern among the big bosses" about the continuation of a program favorable to industrial investment in France, assures the entourage of the Head of State.

Mr. Macron will also meet with "major sovereign wealth funds", such as those of the Emirates, Saudi Arabia, Kuwait, Qatar and Korea, as well as Canadian funds.

Among the other projects announced as part of "Choose France", the express parcel specialist FedEx will create 1.000 permanent jobs in Roissy (Val-d'Oise). The Spanish Amadeus (management of tourist reservations) 800 jobs, in particular in Sophia-Antipolis (Alpes-Maritimes), the consulting firm Accenture 500 in Brittany and the Vietnamese Vinfast (automotive) 350 to 400 in showrooms and workshops, according to the 'Elysium.

The British drug giant GlaxoSmithKline (GSK) will invest in clinical trials, the American Collins Aerospace (avionics, information systems - Raytheon group) in research and development and the German Vorwerk will acquire a second Thermomix plant. , in Eure-et-Loir.

The Dutch temporary work group Randstad will also recruit 7.000 employees on temporary permanent contracts by the end of 2022.

France is proud to be the most attractive country in Europe for foreign investors by the number of projects - 1.222 in 2021 -, their size being on the other hand generally smaller, according to the barometer of the firm EY.

Nearly 80 investment projects, representing 12 billion euros and 21.000 jobs, have been announced as part of the "Choose France" summits since 2018: 25 have been completed, 50 are in progress and five have been abandoned or postponed.