A new collective wants to give another "course" to vocational education 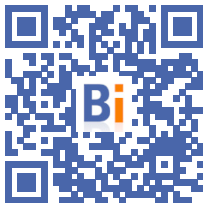 Several youth organizations have launched the collective "a way for all" very critical of the assessment of Jean-Michel Blanquer on vocational education and favorable to a reform of this way with the creation of new courses.

The creation of this collective, which bounces on a forum published in Le Monde on July 7 ("High school students in the vocational path are not second-class students"), intends in particular to install the reform of the vocational path in the debate in view of the 2022 presidential election.

The collective is made up in particular of the Ghett'up youth associations, Different Leaders as well as high school unions such as the UNL or the National High School Movement. He claims the future support of teachers' unions and elected officials anchored on the left, such as ex-LREM deputy Aurélien Taché (Val-d'Oise) or Amina Bacar, municipal councilor in Val-de-Marne.

The professional path "should not be an assignment but a fulfillment" and it needs a "new educational course", said Dylan Ayissi, spokesperson for the collective at a press conference in the Assembly national.

Some 665.000 students are currently following a school path leading to a CAP or a vocational baccalaureate.

Their professional integration remains unsatisfactory: 51% of holders of a CAP and 34% of vocational baccalaureate holders are unemployed seven months after obtaining their diploma.

Unloved, the professional path was the subject under the leadership of the Minister of National Education, Jean-Michel Blanquer, of an umpteenth reform attempt to revalorize it without it finding favor in the eyes of the unions teachers as well as those of the collective.

This criticizes the drop in general education hours, the "takeover of employers' organizations" and the "establishment of competition with apprenticeship", against the backdrop of "budgetary objectives", denounce Mr. Ayissi and Ms. Bacar.

"We are ready to take to the streets" to make these demands heard, said Camille Lecomte, co-secretary general of the MNL.

The group also says it is working on a future bill on the reform of the "pro" path in collaboration with Mr. Taché.