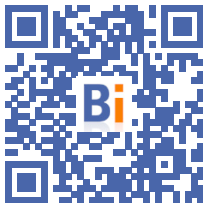 The global warming undergone by Paris, where the temperature has already increased by 2,3 degrees compared to the pre-industrial era, increases the risk of ten-year floods by 20% and that of hundred-year floods by 40%, estimates the town hall in a report. report presented Wednesday.

In the years to come, "the volume of precipitation should increase slightly and the number of rainy days rather decrease, with a tendency to increase the intensity of precipitation and therefore greater risk of flooding", summarizes the town hall in the summary of the report "Paris facing climate change".

A major flood event in the Paris region "would be liable to destroy or disrupt certain vulnerable infrastructures" and would threaten the quality of the water, "with a risk of pollution for 1,3 million subscribers", such as the sewerage network, with 20% of wastewater treatment plants located in flood zones.

Such a flood "could generate direct losses of the order of 60 million euros" and threaten 430.000 jobs, according to the same source. The costs for insurance "could oscillate between 3 and 30 billion euros", says the report for which "the whole of the Parisian economic fabric is exposed to the risk of flooding in a direct and indirect way".

By the second half of the 10st century, the Seine could however see its flow decrease by 30 to XNUMX%, warned Célia Blauel, deputy in charge of the river and resilience, during a press point.

As a result of the increase in temperatures, the number of scorching days could drop from 13 in 2010 to 34 in 2085, according to the same source. "To refresh Paris, we plan to plant 170.000 trees," said Christophe Najdovski, EELV deputy in charge of green spaces.

Another avenue developed by the left-wing executive to refresh the capital is the installation of shade houses, like stretched canvases. "Where we could not plant trees quickly, we will work with town planners and architects so that they fit harmoniously into the Parisian landscape", promised Dan Lert, deputy (EELV) in charge of the transition ecological.

The commitments made by the signatory states of the Paris Agreement are leading the world to a "catastrophic" warming of + 2,7 ° C, very far from the objective of 1,5 ° C hoped for to limit its destructive fallout, s The UN was alarmed on Friday.