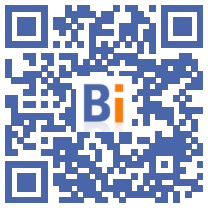 The Minister of Labor, Olivier Dussopt, launched Monday, September 12 a mission of "prefiguration" with a view to the creation of France Travail, which must succeed Pôle emploi and better coordinate the actors intervening in employment, according to the wish by Emmanuel Macron.

Entrusted to the High Commissioner for Employment and Business Engagement, Thibaut Guilluy, the "consultation and prefiguration" mission must end "at the end of 2022", according to the mission letter, consulted by AFP and initially revealed by the newspaper Les Echos.

"The creation of France Travail presupposes a transformation of Pôle Emploi and of all the players in the public employment service, as well as a pooling of the skills of the State, local authorities and all economic players. and relevant associations, in particular in connection with the social partners", according to the document.

It is a question, with the mission, of "sharing the diagnosis, developing concrete proposals for the transformation of the public employment service, and prefiguring the transformation of Pôle Emploi in France Travail", of which the minister said last week wish for a gradual implementation "from 2024".

To feed his proposals, Mr. Guilluy will be able to rely on "thematic working groups bringing together the actors concerned, including the representatives of local authorities (...), the social partners, as well as the administrations and decentralized services, the operators, associative actors".

The mission also includes the launch of an experiment, particularly with regard to the reform of the support of the RSA, which aims to condition its payment to 15 to 20 hours of activity per week. This experiment "could be launched in October in some territories (...) with a view to an operational start" in 2023.

At the end of a meeting aimed at presenting the roadmap of the Ministry of Labour, several union and employer officials pointed out on Monday the absence of a "precise" project on France Travail, underlining like the CFE -CGC that it is "still a bit of a nebula".