A mega-tourism project in Indonesia denounced by UN experts 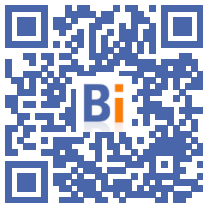 United Nations experts alerted on Wednesday to the construction of a large tourism project including a motorcycle circuit on the island of Lombok in Indonesia, suspected of having driven out local populations, and with which French companies were initially associated.

"UN experts have called on the Indonesian government to respect human rights in a new $ 3 billion tourism project on the island of Lombok," it wrote.

According to these experts commissioned by the UN and specialized in human rights, including the special rapporteur on human rights and extreme poverty Olivier De Schutter, this project which is located in the region of Mandalika, on the island from Lombok neighboring Bali, "has given rise to complaints of land grabbing, evictions of indigenous communities of the Sasak ethnic group and intimidation and threats against defenders of local populations."

"Partially funded by the Asian Infrastructure Investment Bank (AIIB), the project has attracted more than $ XNUMX billion in private capital," the statement said.

It is a tourist complex "comprising a Grand Prix motorcycle circuit, leisure parks and luxury hotels such as the international brands Pullman, Paramount Resort, and Club Med," it said.

But several companies cited by the experts in their press release, although initially associated, denied to AFP still taking part, including Vinci and Club Med.

"Vinci Construction Grands Projets signed a framework agreement in 2018 with the public company ITDC (Indonesia Tourism Development Corporation) relating to the study of the development of one tenth of the project area," replied the group.

"This framework agreement does not include any commitment, neither financing nor construction on our part," adds the group. "Since then, we have not signed any construction contract, we have no one on site and we do not carry out any activities there."

As for Club Med, in 2016 it signed agreements with ITDC for the operation, in 2019, of a new resort on the island of Lombok, confirms the group to AFP.

"The project in which Club Med was neither an investor, nor a developer, nor a builder, was abandoned in 2019 and the work never started," he adds.

The Mandalika project has been designated as one of the priority areas for the development of tourism in the archipelago by the Indonesian government which hopes to create thousands of jobs and attract up to 2 million foreign tourists per year thanks to a Moto GP circuit and a hotel complex.

But the work was delayed because of conflicts with the occupants of the land and the pandemic.