"A lot of work to do" to develop district heating, according to industry professionals 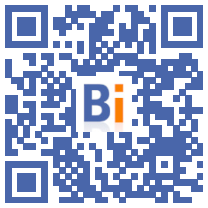 To exploit the potential of heating networks and catch up on renewable targets, it will be necessary to decarbonize and densify existing networks, create new ones and above all raise public awareness, say representatives of the sector.

Of the 671 terawatt-hours of heat produced in 2020 in France, only 25 are produced by heating networks, centralized production systems that serve several users thanks to heat transfer fluids, according to a study by the National Urban Heating Union (SNCU) .

This share "stagnates" while this method of heating is more than 60% produced from renewable energies against 23% overall, said representatives of the sector during the presentation of the study Tuesday.

"There is a lot of work to do," said Aurélie Lehericy, president of SNCU, recalling that the objective is to triple the share of renewables (biomass, geothermal energy, waste treatment) by 2030.

Between 2019 and 2020, the share of renewables has picked up a small point, when gas continues to supply more than a third of the networks.

Earlier on Tuesday, during RTE's decryption of energy scenarios, Thomas Veyrenc, executive director in charge of strategy, recalled that district heating was going to have to develop in particular to abandon fossil fuels.

A quarter of heating networks, which represent 39% of deliveries, will have no choice since they do not comply with standards (RE2020) in terms of carbon emissions.

The new buildings will also be obliged from 2022 to consider this solution or to adopt one "at least as virtuous", according to Alexandre Dozieres of the general directorate of energy and climate.

To achieve the objectives, the representatives of the sector believe that it is necessary to decarbonize and densify the existing networks but also to create new ones.

But one of the major obstacles according to Nicolas Garnier, general delegate of the Amorce association, partner of the study, is the "tropism" for electricity in France while the prices of this are volatile.

Ditto on the gas side, whose prices have exploded, making heating networks the most competitive and the most stable of options, according to the study.

According to the Court of Auditors, these networks constitute "an effective contribution to the insufficiently exploited energy transition" in France.

To remedy this, two words according to the representatives of the sector: "subsidies" and "awareness" of elected officials and the public.