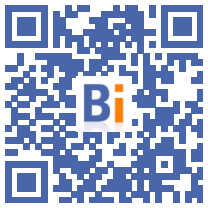 Many fans of the work of Japanese writer Haruki Murakami will soon be able to visit the library dedicated to him in Tokyo, a space bringing together the literary archives and the discotheque of the most famous contemporary Japanese author.

Officially baptized International House of Literature of Waseda University where the writer, now 72 years old, studied in the Japanese capital, the place unveiled on Wednesday and already nicknamed "Haruki Murakami library" is to open to the public October 1.

Arranged in part as a literary café, this library, which will also be devoted to the study of Japanese but also international literature, notably contains a replica of the writer's desk and a radio studio.

It is located on the Waseda campus in a building that once housed amphitheatres and whose conversion was entrusted to the world-renowned Japanese architect Kengo Kuma, who originally built the Suntory Art Museum in Tokyo, from the Fund. regional contemporary art (FRAC) of Marseille or more recently the Olympic Stadium of the Tokyo-2020 Games.

Dressed casually in a navy jacket over a yellow t-shirt and tan pants, the writer, who usually hardly ever shows up in public - and declined to be filmed - referred to this place loaded with memories for him.

Recounting how he was drying up classes at the time of the student protests that shook Japan in the late 1960s, he wished that this library could also serve as a place of exchange between the academic world, students and the General public.

"The teachers teach, and the students receive this teaching," he said. "This is important. But I still hope that the students feel free to present their own ideas and develop them into concrete projects."

“Honestly, I would have liked (this building, editor's note) to be built after my death. Now that it's finished while I'm still alive, I'm a little nervous. What if I commit a crime? wrong "in college, he joked.