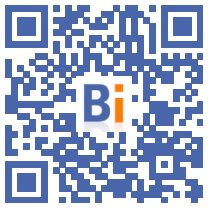 Streamline administrative procedures, lower the electricity bill for residents living near wind turbines, install solar panels along highways and on agricultural crops: the government unveiled its bill on Monday, September 26 to make France catch up its great backwardness on renewable energies.

In 2021, the country generated a quarter of its electricity with renewables, a lower share than elsewhere in Europe due to the high proportion of nuclear power. But as demand for electricity is set to explode with the electrification of transport and industry, the government wants to accelerate both renewables and nuclear.

Highly anticipated and welcomed by the energy sector, the bill will not be enough on its own, however, other incentive measures are expected, in particular for onshore wind power.

Renewable energy production projects must respond to an "imperative reason of major public interest", stipulates the bill. This legal status, which does not exempt them from environmental demonstration, strengthens them in the event of a legal dispute.

More generally, for Daniel Bour, president of the Enerplan solar union, "this law is important because it is the strong affirmation that we have a climate and energy emergency", finally "a real recognition".

Finding space for this equipment is a major challenge.

The bill stipulates that photovoltaic power plants "may be authorized on wasteland" (edges of highways, polluted soils, etc.)

It even imposes the progressive equipment of outdoor car parks of more than 2.500 m2, starting with those of more than one hectare, with shadehouses and vegetation. Except in the event of "technical, security, architectural" or economic constraints.

A subsequent government amendment should promote agrivoltaism, the installation of solar parks on agricultural land.

The text wants to organize public debates and certain environmental procedures in parallel.

Above all, while France aims to deploy around 50 marine parks by 2050 but only has seven in the pipeline to date, it wants to pool debates on their location, in order to meet deadlines.

Each facade document would contain the potential areas, before they are refined.

A measure that goes in the right direction, welcomed France wind energy (FEE).

To facilitate the acceptance of infrastructure, the idea is to share the revenues with local residents and municipalities.

Distance and amount remain to be defined, but the ministry evokes a radius of five kilometers and 200 euros per year for a household heated with electricity.

Another measure for local residents, "the power lines are carried out underground, except to demonstrate" that this is "damaging to the environment, technically excessively complex or financially disproportionate".

But this text is only "a first step", notes Daniel Bour: "it will be necessary to ensure that it is improved and not distorted" by its passage in Parliament.

By the end of October, he will begin his career in the Senate, where the ministry expects a "constructive climate".

In the Assembly, the government will have to do with a relative majority, and an extreme right and a part of the right hostile to onshore wind power.

The text is "focused on the most consensual, solar and wind power at sea", we answer to the ministry.

What about onshore wind turbines?

Emmanuel Macron, who himself advocates halving the rate of deployment of onshore wind power so far planned, stressed that it was going to be necessary despite everything.

"We will have to do wind power on land," he said Thursday from the Saint-Nazaire marine park, adding that it would be necessary to "open the game" to focus it less on certain regions.

A message of clarification welcomed by the Syndicate of Renewable Energies.

Even more perhaps than the bill, the sector also welcomed the distribution to the prefects of a circular asking them to "make their cultural revolution", as they say at the ministry, by speeding up the processing of files.

According to France Energie éolienne, 120 complete wind projects are currently awaiting execution by the prefect.

Finally, a reinforcement of the staff of the State services instructing these subjects is ardently requested. The Minister confirmed their reinforcement, a first for 20 years according to her.