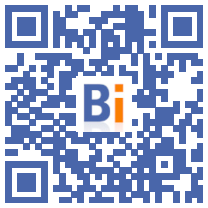 The majority of French people, at 73%, have a favorable image of wind energy, and this support is even more marked among those living within 10 km of a wind farm, according to a survey published Thursday, commissioned from Harris Interactive by Ademe and the Ministry of Ecological Transition.

Overall, membership wins among 80% of people with a primary or secondary residence within 10 km of a wind farm, and 88% under 35 years of age.

The French are thus 71% favorable to the development of wind energy, and even 76% in Hauts-de-France and 74% in the Grand Est.

On the other hand, they are divided on the aesthetic level, one in two (52%) considering that wind turbines are "something beautiful".

"For several months, renewable energies, in particular wind turbines, have been the subject of heated debates, even the targets of virulent controversies. This survey shows us that the relationship between the French and wind energy is not as polarized than it seems ", comments Arnaud Leroy, CEO of the Agency for Ecological Transition (Ademe), noting on the contrary" a membership to deal with climate change ".

Wind power but also solar power or even green gas ... nearly 9 out of 10 people (88%) consider that the development of renewable energies in France is necessary in the face of climate change.

Survey carried out online from July 28 to August 5 on a sample of 2.708 people representative of French people over 18, including 530 from Hauts-de-France and 503 from the Grand Est region, with a margin of error of less than 2,3 , XNUMX points, according to Harris.