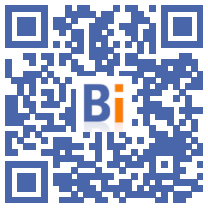 The owners of thermal strainers could benefit from an "attendant" to simplify their renovation journey on a technical and financial level and accelerate the pace of rehabilitations, according to a report produced at the request of the government and presented on Wednesday.

The mission, led by the Deputy Managing Director of the Caisse des Dépôts and Director of the Banque des Territoires Olivier Sichel, started from the observation that "too few people are embarking on the overall rehabilitation process of their housing while exist ".

There is therefore "absolutely" need for "support" from the thermal diagnosis through the financial arrangement, the identification of possible aid and the progress of the work, explained Mr. Sichel author of the report produced at the request of Minister of the Economy, Bruno Le Maire and Housing Emmanuelle Wargon.

This support, carried out by an approved actor from the public or private service, would be compulsory for any renovation exceeding 5.000 euros and financed by the public authorities, suggests the report.

The operator will have an agreement with the communities to take into account local specificities, said Mr. Sichel, citing the cities of Strasbourg where elected officials are attentive to the use of "bio-sourced materials such as hemp wool" or Dunkirk where the approach is "rather by quarter".

In addition, a single digital platform would allow the owner to follow the progress of his file, the interveners (craftsmen, banks, communities ...) to educate him and would offer a secure space for financial transactions.

The report also proposes advance aid for low-income households. For those who do not have access to bank credit, such as retirees, the report recommends an "advance transfer loan" reimbursed on resale or upon inheritance.

Just over 2 million households residing in thermal strainers - almost half - have modest incomes and 62% are over 60 years old.

The average cost of renovating an energy colander is 38.000 euros, according to the report.

In France, 4,8 million homes are classified in categories F and G of the Energy Performance Diagnosis (DPE) with consumption exceeding 331 kWh per m2 and per year. Or nearly 17% of the residential stock.

The deputies voted on Sunday in committee to ban their rental in 2028, as provided for by the Climate bill.