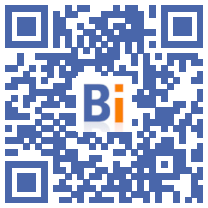 The interior rehabilitation work of the Grand Palais, a museum building with a famous glass roof built for the 1900 World's Fair, should be completed in time to host the Olympic Games events in 2024, according to site managers.

"We are on schedule for delivery of the large nave (13.500 m2 by 200 meters long and 17.500 m2 of glass roof) in the spring of 2024", assured AFP on Monday Daniel Sancho, director of the restoration project within the public establishment of the Réunion des musées nationaux (RMN) – Grand Palais, which manages the building.

Upgrading and accessibility work is planned with major technical improvements. The restoration of the nave and its balconies will increase the capacity from 5.600 to 9.000 people, according to Mr. Sancho.

The site, which began in March 2021, aims to "illuminate the work and its construction" by rediscovering the effect of transparency which had inhabited the place at its origin, before being "partitioned" and "darkened" by the painting of certain glass walls in black, explained François Châtillon, chief architect of historical monuments, presenting the progress of the work to the press.

The renovation provides for the opening of a central axis linking the Palais de la Découverte and its planetarium to the nave which, before its closure, hosted all kinds of artistic and cultural events, such as art fairs, fashion shows and even equestrian events.

Visitors to both locations will in future enter the exhibitions through a single entrance and will be able to access a wide central indoor promenade with free access.

The old riding school, located in the basement of the building, will host a "Children's Gallery" which will present an exhibition each year, with an "Art and Science" approach as well as workshops.

The numerous mosaics and the statuary of the building, very degraded, will be completely restored.

The renovated Grand Palais is due to host the fencing and taekwondo events of the Olympic and Paralympic Games in the nave in 2024. All the museum spaces will then be gradually reopened until October 2025.

An ephemeral Grand Palais, on the Champ-de-Mars, has been hosting events that were usually held under the nave since 2021.

In the 2000s, the building had collapsed by 13 cm due to the wear of the oak piles carrying the foundations, by the water from the groundwater table. They have been replaced by diaphragm concrete walls and the framework has also undergone significant consolidation.