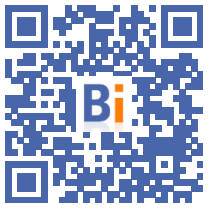 Timescope is a Parisian startup that is developing the first self-service virtual reality terminal, revolutionizing the discovery of emblematic places by allowing them to be observed at different times.

Adrien Sadaka and Basile Segalen have just invented with Timescope a real time travel machine. This self-service virtual reality terminal offers to observe a place at different times in the past or even in a possible future. The first terminal of this start-up has just been installed in Paris on the Place de la Bastille and allows you to view this place as it was in 1416 and 1789.

After four years of reflection and one year of manufacturing, the first terminal of Adrien and Basile is finally installed and the experience is visibly pleasing. Many curious people were able to try this immersion experience and contemplate the fortress of the Bastille as if it still existed.

"We proposed this project to Bastille because, living in the neighborhood since always, we realized that many tourists wonder why there is no bastille on the Place de la Bastille! The square is named after a missing monument, there is a need for information about this square. ” The terminal therefore offers two eras, 1416 and 1789. Concretely, the terminal looks like the binoculars that can be found on certain tourist sites but in addition to design and evokes a virtual reality headset. You choose a date on the touch screen, the terminal rotates 360 ° and allows you to be immersed in the landscape of the time, in 3D. So in 1789 on the eve of the storming of the Bastille but also in 1416. "We chose that year, continues Adrien, because it is a time that is little known. The Bastille is only about thirty years old and it is not a prison but a fortification with a bridge which makes the link between Paris and Vincennes, in the middle of swamps. We are under Charles VI ”.

A visit to Pompeii gives the trigger

It was during a visit to Pompeii that Adrien and Basile, childhood friends, first clicked. “Pompeii is incredible but it's hard to imagine how it was before. We made this observation, but it was only when we tested virtual reality headsets that we rethought our idea, ”explains Adrien.
The first prototype and the current terminal are developed at Usine IO, a Fablab in the 13th arrondissement, with very specialized experts, and are incubated at 104 factory which helps them to forge links with cultural players. “We have a completely private economic model for the moment, we are the ones funding. But we can explore BtoB models where the institution or the monument that wishes to use the product can rent the terminal for example, ”says Adrien. Founded in pairs, the start-up now has three other people for the technical part and three more for graphics and animations.

A virtual reality but truly historic

The reconstruction of the Place de la Bastille at two times is a meticulous and serious work which is carried out thanks to historical sources, maps of Paris, plans of buildings, textual documents or engravings, if they exist. They then create a synthesis which they entrust to the graphic designers: they do the modeling and the animation. Finally, they have everything certified by historians. It is Héloïse Bocher, historian at the Carnavalet museum, who worked on the Bastille. "We are going to work the same way each time, assures Adrien, we are all passionate about history, there is no question of offering elements that are not certified". Little more, the terminal is sound. For 1416, we hear birds "it was a country atmosphere" laughs Adrien. And to add: “for the moment we do not offer a voice-over which would explain the period, because we wanted an immersive solution, but it is true that we had comments on this so we will think about somehow integrate it. " For a minute and a half of immersion in time, you must obtain a two-euro ticket on their site, with your bank card. A code is then generated which gives access to the terminal. Until it is equipped with a contactless payment option.

After the past soon the future

For future projects, Adrien prefers not to disclose too much information but he is already imagining another possible application of his terminal. Indeed if it allows a return to the past, it can also give a prospective vision. Moreover, the establishment at the Bastille is suitable for this because this square is part of the "Reinventing Paris" project launched by the Mairie de la Capitale and must therefore be redeveloped in the near future. “We want to be part of this project. Indeed, why not imagine supporting architectural projects from the consultation phase by making residents vote on the terminal itself, showing them the different studies, until the final project and closing by showing what the place was before the works. Resumes Adrien.

In summary, Timescope is a little like its obvious inventions which one wonders why nobody thought of it before. "In addition, our terminal can be installed anywhere, we just need a plug, we would see it in many other places in Paris because it is our city, but why not also in Rome or Athens "laughs Adrien. 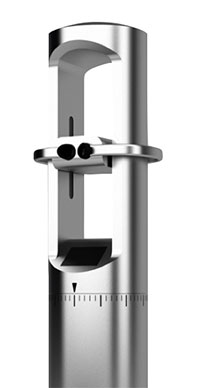 How it works ? Timescope in 3 steps