Fire ravages Tower of London with same coating as Grenfell 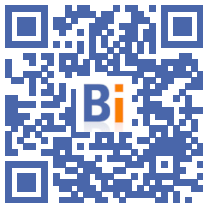 The British rescue services took care of 44 people on Friday in a fire that ravaged a building in London covered with the same coating as that implicated in the Grenfell Tower tragedy, which killed 72 people in 2017.

London firefighters said the blaze in Poplar, an area in the east of the capital, was now under control, but two men were taken to hospital for inhaling smoke .

Four children and 38 other adults were treated on the spot by medical teams, said the firefighters.

Twenty fire trucks were needed to put out the declared fire at the 19-story building near the Canary Wharf financial district.

In 2017, a powerful fire completely destroyed the Grenfell Tower in west London, after the exterior cladding of the building caught fire.

About 20% of the facade of the tower attacked Friday by the fire consists of the same coating as that incriminated in the drama of 2017, namely sheets of aluminum and polyethylene composite.

"Enough is enough", were indignant Friday, in front of the new fire, the survivors of this tragedy which had cost the lives of 71 people and a stillborn baby.

"The government had promised to remove these dangerous coatings before June 2020. It has absolutely failed to achieve its own goal and each passing day puts lives in danger," the Grenfell United support group said in a statement. regretting that "other people have lost their homes in another terrifying fire".

Labor Mayor of London Sadiq Khan told him it was "vital that the government, developers, building owners and regional authorities work together to urgently remove this coating from every building affected."

According to real estate developer Ballymore, work to replace the siding was already "underway."