A fall in house prices in Europe more and more likely, according to Moody's 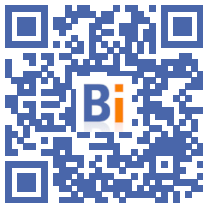 The likelihood of a fall in house prices in Europe is growing, under the effect of the slowing economy and the rapid rise in interest rates, said in a note published Wednesday the rating agency Moody's.

"The risk of a downturn in the European housing market and a large revaluation of residential land has increased," writes Moody's.

"As mortgages become more expensive, demand for housing will fall, probably leading to an easing of property prices after several years of growth," said the rating agency.

But this fall in prices will not allow more households to access property, their purchasing power being reduced by inflation.

A sharp fall in prices, greater than 15%, would be likely to put banks that have recently acquired financial securities backed by mortgage loans in difficulty, particularly in France, Italy, Spain and the Netherlands.

Banks in northern Europe are the most exposed to a market downturn, notes Moody's, but they are also those with the most comfortable financial cushions.

A fall in prices would also have consequences for social housing in the United Kingdom, which is financed by groups which derive most of their income from property sales on the market.