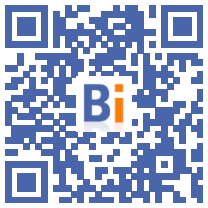 Created by Jacques Haïk and inaugurated in 1932, the Grand Rex immediately stood out for its exceptional capacity for the time, its technical innovations, its Art Deco architecture with multiple influences and its so-called "atmospheric" room, inspired by cinemas. Americans of the 1920s. 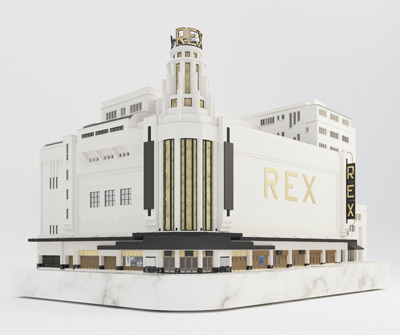 Particularities that have allowed it to resist time, unlike many contemporary establishments that no longer exist. Although it has been extensively overhauled during its history, but without touching the great hall, the Grand Rex is today reviving its original appearance and remains one of the most emblematic witnesses of a prosperous period for the architecture of French cinemas between the wars. On the occasion of the 90 years of life of this mythical place of the Parisian cultural landscape, the duo of architects Grichka Martinetti and Stéphane Thomasson were called upon to restore the monument in depth in order to rejuvenate it by offering it a future nourished by its past. legendary. After several months of work, the new facade will be unveiled to the public on December 8.

For Alexandre Hellmann, Deputy CEO of Grand Rex by Laurent Cottilon: “We owe the decoration of the Great Hall to Jacques Haïk, the creator of the Grand Rex. Jacques Haïk was Franco-Tunisian and wanted a cinema that evokes his country, hence this art deco Mediterranean garden, with its trees, its statues that reminded him of his childhood. Initially, Jacques Haïk wanted to create a room with more than 5.000 seats, but he was unable to do so for administrative reasons. It therefore returned to a formula of 4.000 seats, with many folding seats. The large leather armchairs that we know today, which date from the 60s and 70s, are now the signature of the Grand Rex. »

Excerpt from the ReXnovation text by Philippe Trétiack, journalist and writer:

“Better than a stage curtain, a gigantic tarpaulin intended to envelop an entire building for months. Beneath this magnum-sized sheet: the Grand Rex, a mythical cinema displaying its own renaissance as the one and only programme. For actors, battalions of workers, masons, painters, locksmiths, electricians, IT specialists headed by a duo of architects enthusiastic about their task and boosted by their tarpaulin. Because yes, everything was born from it and from the obligation to suspend it to better protect passers-by from the slag caused by the essential renovation of the building. At the start, moreover, that was all there was to do, to restore and ensure the defective sealing of the roofs of this building built in 1932, retouched in the 70s, denatured in the 80s. Clean up the cinema, restore its beauty look, it was the least of things for a birthday, his 90th.

But now in the minds of Grichka Martinetti and Stéphane Thomasson, the architects called upon to carry out this undertaking, a seemingly absurd idea arose, to make this tarpaulin not a constraint but an opportunity, which would ensure a cleaning and downright a facelift to restore it in depth in order to rejuvenate it by offering it a future nourished by its legendary past.

A building with facades listed in the supplementary inventory of Historic Monuments by Jack Lang in 1981, Le Grand Rex is the last remaining example of a cinema with Art Deco architecture. It is the work of a first duo of architects, the French Auguste Bluysen, author among others of the Biscuiterie LU in Nantes and the casino of Le Touquet, and the American John Eberson. The latter was the great manitou of so-called “atmospheric” style cinemas. He built dozens across the Atlantic. In France, the Grand Rex is the only and last representative. »

Excerpt from the interview with Bruno Blanckaert, General Manager of the Grand Rex by Olivier Nuc:

“The love story between the Parisian hall inspired by New York's Radio City Music Hall and music began more than forty years ago, with a concert by Billy Joel. The American songwriter, rare in our lands, has indeed inaugurated what has become a temple of popular music, in its broadest sense. In four decades, the Grand Rex has welcomed the biggest names in pop and rock, the tenors of French song, jazzmen, while opening up widely to Portuguese-speaking music, from Portugal to Brazil. "At the beginning, I started by organizing concerts on Tuesdays and Thursdays", recalls Bruno Blanckaert, director of the hall. "At that time, I liked West Coast pop." If it is initially difficult to convince the traditional actors of the trade, a new generation of producers will accompany the emergence of the Grand Rex in the essential rooms of Paris. »

The Grand Rex in a few figures (per year):