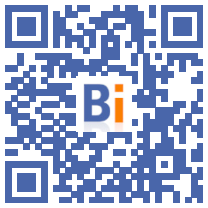 Three associations opposed to the future building near the Austerlitz station in Paris, which is to house the headquarters of the French Development Agency (AFD), have announced that they have filed a complaint against X for embezzlement of public funds.

In the document sent to the Paris prosecutor's office on May 19 and which AFP was able to consult, the lawyer for the associations InCOPruptibles, SOS Paris and France Nature Environnement (FNE) Paris considers that "the acquisition of the A7A8 property complex of Austerlitz project by the AFD constitutes an embezzlement of public funds".

The AFD, a public establishment which implements France's development policy abroad, must buy this vast complex of 50.000 m2 of offices for "a total of 924 million euros", underlines Jérôme Karsenti, basing himself on the very critical opinion of the State Real Estate Council issued in June 2021.

The estimated cost of the operation, between 17.000 and 18.000 euros per m2, "is particularly high" in an area where the average price is estimated at 12.000 euros per m2, estimate the complainants for whom the purchase "has no financial interest for the AFD" and compels it "to pursue an activity as a financial backer" which is "outside of its corporate purpose".

According to the State Real Estate Council, the AFD is indeed planning the rental or sale to a third party of 8.000 m2 but concedes "that the unnecessary surface area" for its needs "could be significantly higher" than the initial assessments, in particular due to the development of teleworking.

For the plaintiffs, the excess area thus culminates at more than 40% of the total area, which demonstrates that "the acquisition of 50.000 m2 is not directly useful to the AFD".

Finally, for the three associations, the construction of this building is "contrary to AFD's environmental and social objectives", the State Real Estate Council having underlined the "hiatus between the Agency's environmental posture and the real estate solution restraint whose frugality is not the main quality".

"If we consider that the construction of a building represents 60% of greenhouse gas emissions, the choice of a site to build" at the expense of existing property "questions", had still written the Real Estate Council of the state.

A "major figure in the Paris Agreement", the AFD "thus directly undermines the credibility of its commitments" by financing the real estate project led by Semapa, the City of Paris developer for this sector, and the subsidiary of SNCF Gares et Connexions, say the complainants.

The elected environmentalists of the Council of Paris, allies of the PS mayor Anne Hidalgo favorable to the project, joined forces with the right-wing opposition in 2021 to demand a review of the project in order to "densify" it.

"No money from development aid will be used to finance the headquarters of the AFD", reacted to Mediapart Bertrand Walckenaer, deputy director general of the AFD. According to him, the latter "does not construct a building but acquires offices within a much larger project".

“We are just users of a building,” Walckenaer added.