In Bordeaux, a cable car project to relieve traffic 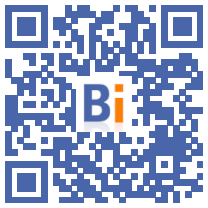 The metropolis of Bordeaux has launched a public consultation lasting ten weeks concerning the installation of a cable car which would cross the Garonne to "decongest" the city and the agglomeration by 2028.

"We need to decongest Bordeaux, limit traffic jams and car pollution and for that, there is no single solution. The gondola project constitutes an additional alternative to cross the Garonne (...) within a reasonable time" , said Thursday the mayor of Bordeaux, Pierre Hurmic, during a press conference.

Nine possible routes have been defined in the project open to debate. It would connect the communes of Cenon and Lormont with the north of Bordeaux. For elected officials, the advantages of carbon-free transport by cable, which can accommodate "between 9.000 and 18.000 travelers per day" depending on the options, are numerous.

"This project, which allows a crossing of the river between 7 and 10 minutes at most, represents an extremely concrete step forward", indicated Jean Touzeau, mayor of Lormont and vice-president of Bordeaux Métropole in charge of the file.

For his counterpart and mayor of Cenon, Jean François Egron, connecting the two shores would allow the inhabitants of these two towns, located on the right bank, to have better access to employment, "70%" concentrated on the shore. left.

"Consequently we have to cross the Garonne to go to work," said the mayor. This clogs road traffic. "The inhabitants are very motivated, they are waiting for solutions which are becoming urgent."

The budget for the operation is "around 50 million euros", according to Jean Touzeau. A report on the consultation will be made in March and the metropolis will decide "whether or not to continue the project" in May.

Before Bordeaux, Grenoble then Brest, Saint-Denis-de-la-Réunion and Toulouse opted for this type of public transport. Other projects have been launched in Ajaccio, Grenoble, Créteil and Nice but as a last husband, Lyon had to abandon his in the face of opposition from local residents.

Around the world, after Latin America where the model has established itself in Rio de Janeiro, La Paz and Medellin, other lines have also emerged in New York, Ankara, Singapore and Porto.