A building sold on the Champs-Elysées for a "record" amount 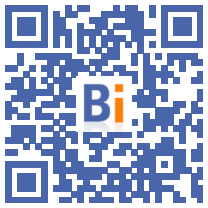 The asset manager Groupama Immobilier announced on Monday September 19 that it had sold a building on the avenue des Champs-Elysées to an investment fund for a "record" amount.

The precise amount of the transaction has not been communicated but constitutes a record on the artery, more than the 613 million euros for the sale of Nike's headquarters in 2019, according to Groupama Immobilier.

Located at 150 avenue parisienne, very close to the Arc de Triomphe, the 17.800 square meter building was acquired in 2009 by the insurer's subsidiary, which restructured it to carry out a hotel project there. .

The buyer, the Cheval Paris investment fund, is controlled by the Mimco Asset Management fund. In total, the investor should pay around 800 million euros including work, said a source with knowledge of the file.

“We have several social, economic and demographic drivers who plead for the Champs-Elysées to regain their power of attractiveness and their emblematic character,” Eric Donnet, CEO of Groupama Immobilier, told AFP.

The town hall of Paris has launched a plan to refresh the emblematic avenue, today more frequented by foreign tourists and customers of luxury shops than by Parisians.

By the 2024 Olympics, the Place de l'Etoile around the Arc de Triomphe is to see reduced car traffic, and it is planned that the gardens around the Place de la Concorde, at the other end of the avenue, are made more welcoming.

Street furniture and terraces must also benefit from a facelift.

“What this transaction proves is that it works, and there are a number of investors and developers who believe in this transformation of the Champs-Elysées,” added Eric Donnet.