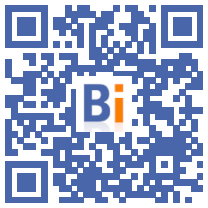 Sentenced by justice for non-compliance with the coastal law, a salt-meadow sheep farmer in the bay of Mont-Saint-Michel had until April 19 to dismantle his farm, but despite financial penalties, he has decided "not to disassemble".

"I had to dismantle on April 19, I made the decision not to dismantle," François Cerbonney, 50, who has been running the Genêts sheepfold in Vains-Sain-Léonard (Manche) told AFP for 20 years. .

By a decision of the Administrative Court of Coutances, this breeder at the head of a flock of 350 sheep was ordered in 2017 to demolish his farm.

The court, seized by the Manche Nature association, had pointed to the "industrial dimension" of the site, despite a building permit validated by the Ministry of the Environment in 2011.

While he risks a financial penalty of 150 euros / day, the breeder has chosen to appeal (non-suspensive) and defend his sheepfold.

With a collective, on the model of the ZAD, the breeder created a "BAD", a "sheepfold to defend" and asked for "a stay of execution".

He claims that his sheepfold built in wood does not fall under the construction regulations in a coastal strip of 100 m.

"I am on my land 200 m from the shore where it is allowed to operate in the form of a light building. On the issue of landscape integration and the materials used, the architectural council took (its) sheepfold as an example" , he says.

François Cerbonney also argues that his sheep, which locally form part of the postcard landscape, "participate in the maintenance of the herbs" of the bay of Mont-Saint-Michel, a UNESCO World Heritage Site.

"A lot of people support us. The profession of shepherd is already very difficult, it has been fighting for 12 years. It is relentlessness", estimates Christiane Mayer, a spokesperson for the collective who wants to collect 18.000 euros to cover penalties until the appeal is considered in October.

For its part, Manche Nature says it was "forced to seize the execution judge".

In a note posted on its site on April 9, the association said it wanted "always an execution allowing a move in good conditions, taking into account the lambing period".

She assures to have accepted to "leave the necessary time for the research of a ground by the administration", but "that the solutions are all refused by the shepherd".