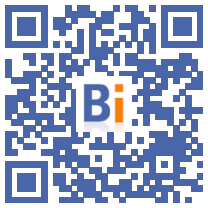 Vinci, the French building and transport infrastructure giant, achieved a turnover up 5% in the first quarter, driven by the 10% jump of its construction subsidiary, he announced Thursday in a communicated.

The Construction division "confirmed" in the first quarter "the positive inflection observed in the second half", after the start of 2020 marked by the virtual shutdown of construction sites for almost two months from mid-March, depending on the group.

In France, which represents 54% of the total, growth is marked in public works and civil engineering activities - driven by the Grand Paris Express projects - as well as in road, rail and earthworks (+ 11%) , specifies the group.

Internationally, the group "benefits from the rise of the major projects division," said Vinci, citing the HS2 high-speed line in the United Kingdom.

Traffic on road networks managed by the group rebounded 40% in March after falling nearly 17% in the first two months of the year, according to the press release.

Its activity as an airport manager fell by 70% in the first quarter, like the entire global aviation sector penalized by travel restrictions linked to Covid-19.

The group announced on April 1 that it would acquire the energy activities of the Spanish construction group ACS for around 4,9 billion euros, in order to become a major player in the renewable energy sector.

Vinci also recorded a "record" level of its order book of 45,8 billion euros as of March 31.

Given the uncertainties associated with the pandemic, the group does not comment on the forecast results for 2021. It maintains its revenue outlook "up, very close to that of 2019" for its Construction and Energy divisions.